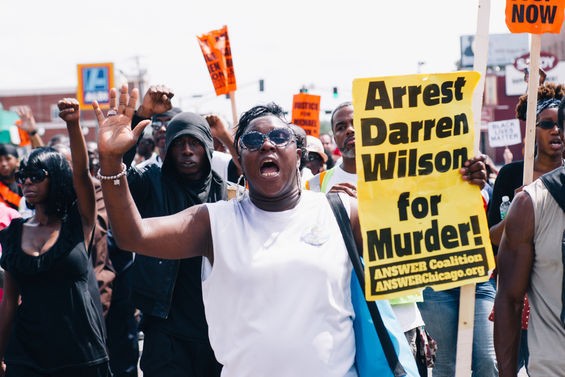 This Sunday will mark the three-month anniversary of Michael Brown's death, and that date will almost surely pass without the grand jury concluding its investigation into the fatal shooting by Ferguson police officer Darren Wilson.

The grand jury has been meeting since August 20, and St. Louis County Prosecutor Bob McCulloch initially suggested that evidential hearings would wrap up by mid-October. A judge later extended the grand jury's term through January 7, giving it the ability to extend the process into 2015. For the last few weeks McCulloch's office has been giving mid-November as a target date for a decision. But even that timeline appears rather loose.

Yesterday, McCulloch's spokesperson Ed Magee told Daily RFT that the prosecutor's office is still saying mid-November, though he left plenty of wiggle room should that date also be pushed back.

"We're still saying mid-November -- at the earliest," said Magee. "And that's what we're going to say until we get there."

Last week superintendents for the school districts of Ferguson-Florissant, Normandy, Hazelwood, Riverview Gardens, Jennings, Kirkwood and Normandy sent a letter to McCulloch asking him to release the grand jury decision on a weekend when school is not in session. This week Daily RFT heard unconfirmed speculation that the decision could come down on Veterans Day next Tuesday (November 11), when most schools and government buildings are closed.

"Rumors don't matter," replied Magee when asked about Veterans Day. "All that matters is what you hear from us, and what we're still saying is mid-November at the earliest."

At this point it also remains to be determined how much advance notice the prosecutor's office plans to give to the public before announcing the grand jury's decision. Magee said those details are still being worked out.

Update 9:45 a.m. Last night McCulloch told reporters at an election party that the grand jury is still hearing evidence on the case.