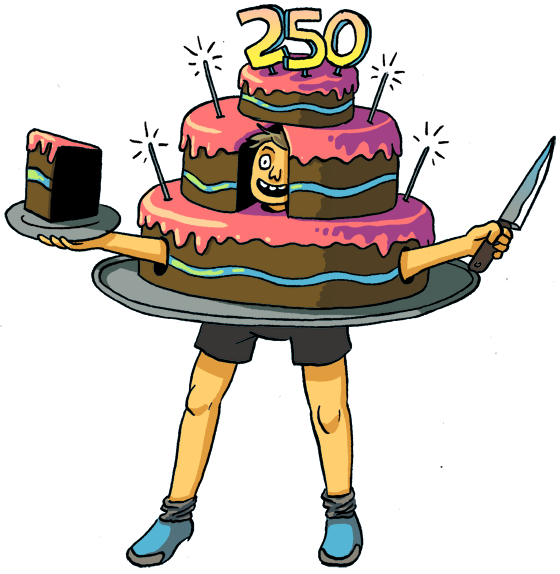 If you're anything like us, you still haven't bought a costume for the spooky, boozy weekend ahead. And whether you're passing treats out to trick-or-treaters or painting the town red with friends, you'll need a costume -- even if it's something you throw together last-minute.

But coming up with costume ideas is hard. That's why we've done it for you.

Inspired by current events and our own sick sense of humor, here are the Riverfront Timesbest last-minute St. Louis-themed costume ideas:

1. Harold Ramis' ghost: Equip yourself with a canvas jumpsuit and Nerf air gun. Then cover your nerdy glasses and curly 'do with enough flour to look like you're the ghost of Harold Ramis, the recently deceased Wash. U. alum and director/star of Ghostbusters. Couple's costume idea: find someone to dress as a fellow Ghostbuster and chase you around all night with a vacuum.

2. Governor Nixon: Grab a suit from your closet, but don't show up to the party. Instead, go to a house down the street and tweet platitudes about how "we can party peacefully and passionately" and "let's keep this party safe tonight." If anyone questions your actions, announce a curfew. Couple's costume suggestion: Dress your significant other in camo for a National Guard look, and let them guard your drink all night. 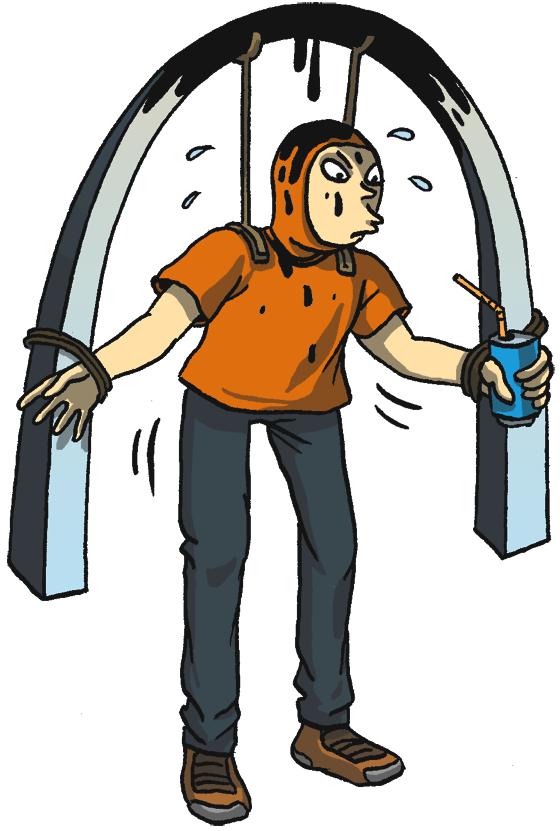 3. Arch stain: Those guys swinging from the top of the Gateway Arch lately are cleaning stains off the historic monument. In homage to this, dress in something Arch-y (a foil covering? A McDonald's shirt with half the golden arches on it?) and spill coffee on yourself. Offer to buy a drink to anyone who'll, um, polish you off.

4. Band Bandit: Wear a band T-shirt to look like you're a groupie, but bring along supplies to rob these bands of everything they keep in their vans (which is, well, everything). Cover your face with a handkerchief, carry a screwdriver and station yourself outside a club.

5. IKEA Skeleton: Remember how construction workers found a skeleton on the site of the future IKEA store? Bring that bad boy to life for Halloween! Get a simple skeleton costume, an Ikea polo, an Allen wrench and some meatballs, and pretend you've been lying in wait for hundreds of years for the opening of a St. Louis IKEA. (Which happens to be just a few years longer than most living St. Louisans have waited for one.)

6. The Mayor of Sunset Hills: Here's our reinterpretation of the classic zombie costume. Pretend you're the Mayor Mark Furrer of Sunset Hills, searching for the blood of cyclists. Paint "Get off my fucking roads" in red blood on your button-down T-shirt, and threaten to run over anyone who gets in your way. This costume works even better if you have a red Mercedes convertible you can use or if you can tape mangled bicycle parts onto your body.

More great costume ideas on the next page!

7. A Lyft driver: Put a pink mustache on your car, your most hipster-fied clothes on your body and fist bump everyone you see all night. Ridicule anyone who drives, takes a bike or walks anywhere. When anyone asks to see your insurance information, run. Couple's costume idea: Your significant other can dress in a button-down and slacks and be an Uber Black driver. Whenever anyone asks for a ride, just tell them there are no cars available.

8. Stan Kroenke: Wear a Rams jersey, but pin a "I <3 LA" button to yourself. Slowly add more Los Angeles-themed items to your costume as the night goes on -- a Dodgers hat, some boardshorts -- but refuse to acknowledge any of it or to answer questions. Just keep saying, "The Rams will stay in St. Louis."

9. Ferguson chief Tom Jackson as Barney Fife: He may look more like Carroll O'Connor's police chief character from In The Heat of the Night, but when it comes to handling the biggest police investigation in St. Louis history, Ferguson police chief Tom Jackson is all Barney Fife. So, get yourself a Don Knotts mask, a Mayberry police uniform and tell everyone you're Chief Jackson. When people ask you about the Michael Brown case, tell 'em you're going to "Nip it. Nip it in the bud." Then drop your cap gun so it explodes on your foot.

11. 250 Year Birthday Cake: They're all over town, and they're gaudy as hell. So, of course, they make for a great Halloween outfit. Either make one of your own out of cardboard, or just cut a head hole in one you see lying around town throw it over your soldiers. Put an "Eat me" sign on the bottom layer as a conversation starter.

12. Cowgirl dancer at Ballpark Village's PBR bar: These days Halloween is as much about being sexy as it it scary. So why not dress as one of those scary sexy cowgirls at PBR St. Louis? You know, the ones who pretty much ended Ballpark Village's stuffy dress-code requirements when they arrived in their work-issued assless chaps?

Any other DIY, STL-themed costume ideas? Put 'em in the comments.