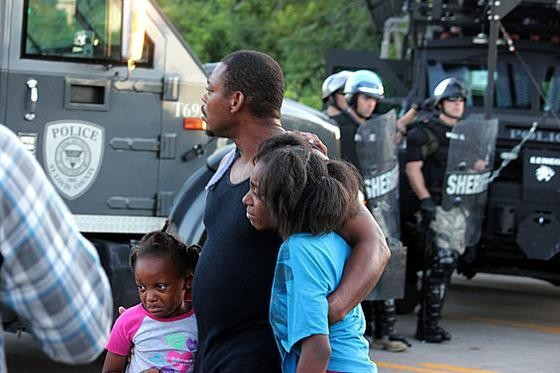 Two major human-rights watchdog organizations have released reports documenting how the police response to protests over the police shooting of an unarmed teen in Ferguson violated rights of protesters and journalists.

"Standing on West Florissant Avenue with my colleagues, I saw a police force, armed to the teeth, with military-grade weapons," said Steven W. Hawkins, executive director of Amnesty International USA. "I saw a crowd that included the elderly and young children fighting the effects of tear gas. There must be accountability and systemic change that follows this excessive force."

At least two children were treated for tear-gas exposure at area hospitals after protests on Sunday, August 17, according to the report.

Amnesty International was highly critical of police tactics used during the height of the August protests in Ferguson, including the five-second "keep walking" rule prohibiting protesters from standing, the official protest area designated by police and the curfew imposed on the entire St. Louis suburb. Earlier this month, a federal judge ruled the five-second rule is unconstitutional.

In the two weeks following Brown's August 9 death, police arrested 132 people in the Ferguson protest zone for refusing to disperse, according to the Amnesty International report. 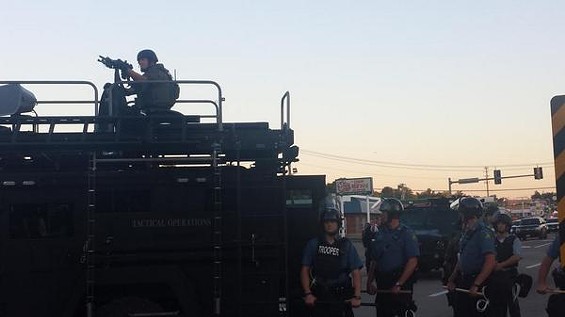 After Amnesty International released its report critical of police response in Ferguson and Missouri Highway Patrol Captain Ron Johnson, whom Governor Jay Nixon designated to lead security there after days of unrest and pulled out of a scheduled conference on human rights in St. Louis.

"Captain Ron Johnson has been a critical advocate for public dialogue following the events in Ferguson this summer, and we were very much looking forward to continuing that conversation with him this weekend in St. Louis," said Amnesty International USA's Hawkins. "We are disappointed in his decision, but we remain committed to fostering a constructive discourse through other avenues going forward."

Amnesty International also criticized police use of "intimidation" tactics, especially the pointing of semi-automatic weapons at protesters, journalists and their own human-rights observers, outfitted in neon hats and shirts to be visually identifiable to law enforcement. The report details an August 18 incident where police kept guns aimed at a group of Amnesty International observers while they crossed a police line to escape tear gas and stun grenades.

"The use of heavy-duty riot gear and military-grade weapons and equipment to police largely peaceful demonstrations intimidates protesters who are practicing their right to peaceful assembly and can actually lead to an escalation in violence," according to the report. 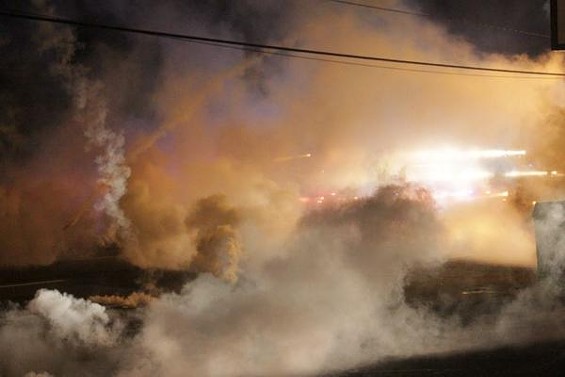 Amnesty International's report on Ferguson also highlights the journalists covering protests who were arrested, gassed, shot with rubber bullets and physically harassed by police. Between August 13 and October 2, at least nineteen members of the media were arrested, according to Amnesty International. A similar report released this week puts the number of arrested journalists at 21.

The PEN American Center, in a report called "Press Freedom Under Fire in Ferguson," picks up where Amnesty International leaves off, detailing 52 alleged violations against journalists and calling on the Department of Justice to investigate those claims.

"The pattern of press freedom violations observed in Ferguson is troubling not only because it suggests a breakdown in communication between the police and the fourth estate, but also because it restricted the flow of public information about police actions in Ferguson, thus limiting the ability to hold the police accountable for misconduct," said Katy Glenn Bass, the deputy director of free expression programs at PEN and the lead researcher on the report.

Captain Ron Johnson told media during protests that they would probably continue to be detained in the chaos.

"I'm going to tell you, in the midst of chaos, when officers are running around, we're not sure who is a journalist and who's not," he said on August 18. "Some journalists are walking around, and all you have is a cell phone because you're from a small media outlet. Some of you may just have a camera around your neck."