Darren Wilson will not be charged with first-degree murder, and there's a good chance he won't be indicted for any crime, say attorneys who are following -- but are not directly involved -- in the grand-jury investigation of the Ferguson police officer.

Last week, Daily RFT gathered the thoughts of several legal experts (criminal defense lawyers and former prosecutors) as leaks from the grand jury once again stoked controversy surrounding the August 9 shooting of eighteen-year-old Michael Brown. Those leaks, including allegations that Brown tried to take Wilson's gun, as well as an autopsy report of Brown's body that suggested the victim was shot once at close range and may not have had his hands up when killed, all seem to the bolster the case for the cop.

"It's almost like they are trying to prepare the general public to accept a no true bill," says criminal defense lawyer Nick Zotos of the leaks.

The grand jury has been weighing testimony since August and is expected next month to either indict Wilson or not issue charges, also known as a "no true bill." The latter would come as a grave disappointment to those who've been protesting Brown's death these past three months and his family. Last week a representative of the family told Daily RFT that they wouldn't be satisfied with anything less than a first-degree murder charge against Wilson.

But first-degree murder, which carries a penalty of either death or life in prison without parole, would be an almost impossible charge to file given the circumstances, according to attorneys.

"Murder-first is, I think, out of the question," says Joe Hogan, a former St. Louis County prosecutor who now works as a defense attorney. "The term we use in Missouri for first-degree murder is 'cool deliberation.' There has to be a period of reflection, and it doesn't appear that there was in this situation."

"Murder-first is clearly out the window," adds Michael Bert, a former state and federal prosecutor turned defense attorney. "From everything we know, this happened in the heat of the moment. Wilson didn't pause to think."

A more likely scenario, according to attorneys, would be for the grand jury to charge Wilson with second-degree murder or manslaughter. But even the chances of those charges, they say, appear remote.

See also: The Faces of #FergusonOctober

"I don't think the grand jury is going to indict him if what we're hearing is true -- that Brown's blood was on the gun and in the car," says Joel Schwartz, a criminal defense attorney with Rosenblum Schwartz Rogers & Glass. "My guess, if they charge him with anything, would be manslaughter. Murder, especially murder first, I would say is unrealistic."

"At best they charge him with manslaughter, but I think it's going to be a no true bill," says Zotos. 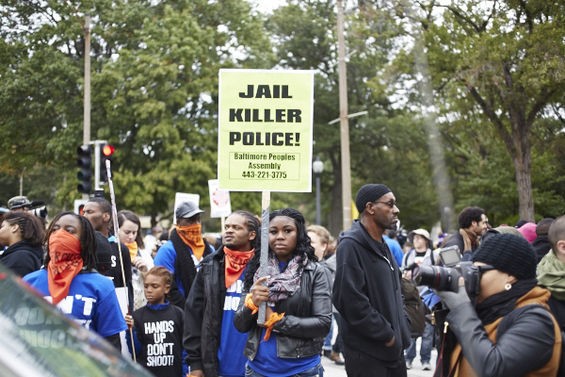 "Brown's blood on the gun is a real problem," continues Zotos. "It puts him in close proximity to the cop."

Voluntary manslaughter is a class-B felony that calls for a sentence of between five and fifteen years. Second-degree murder, another option in this case, carries prison terms of between 10 and 30 years. Unlike voluntary manslaughter, the state defines second-degree murder as "knowingly" causing the death of another person or inflicting enough physical injuries that the victim ultimately dies.

"I don't see murder-second," says Bert. "You'd have to prove that he knowingly caused Brown's death. To me this sounds more like it was a reactive response -- a fluid and moving situation -- that would fall under voluntary manslaughter. But I think a more likely scenario is that the grand jury comes back with a no true bill -- that there is not enough evidence to issue a probable cause."

Yet attorney Hogan believes a charge of second-degree murder against Wilson is not out of the question, considering that Brown was unarmed, and, by shooting him, Wilson had to know that a likely result would be death.

"Missouri laws are pretty common sense," says Hogan. "If you shoot someone who's unarmed, you got to have a goddamn good reason. At the same time, if you're outweighed and trapped in a car, that could perhaps be interpreted as a reasonable use of force."

St. Louis County Prosecutor Bob McCulloch has said that he plans to release all transcripts of the grand jury to the public regardless of whether there's an indictment. Until then, only those inside the courtroom know all the details of what's been presented to the grand jury. It has been confirmed, however, that Wilson did testify last month to the grand jury and that could be another bad sign for those who want to see the officer indicted.

"It's very rare that a defendant will go to the grand jury unless his attorney thinks he is going to be a great witness," notes Zotos.