Roll up your sleeves, St. Louis, it's time for your quarterly IKEA fix.

In a very enthusiastic press release, IKEA announced this week that "steel erection is underway" for the mammoth furniture retailer's first St. Louis location (and second Missouri location because they decided to build one in Kansas City first, not that we're bitter or anything). 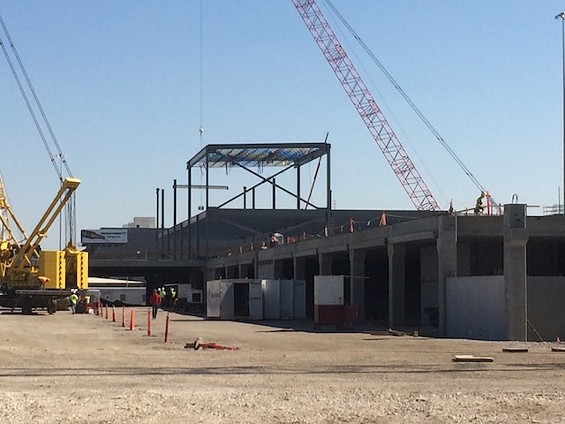 Construction crews began assembling the steel frame Thursday atop the concrete parking garage. The beams will shape the building and support the roof and siding, says IKEA spokesman Joseph Roth. As the steel erection progresses in the next two months, crews will install a blue metal wall and ceiling panels.

Roth expects construction to be complete next year between Labor Day and Thanksgiving, but it's difficult to pinpoint an exact date.

"Having just opened a store in the Kansas City area, we know how harsh the winters can sometimes be, not just harsh but unpredictable," Rosh says. "We're just trying to get as much done as possible as soon as possible." 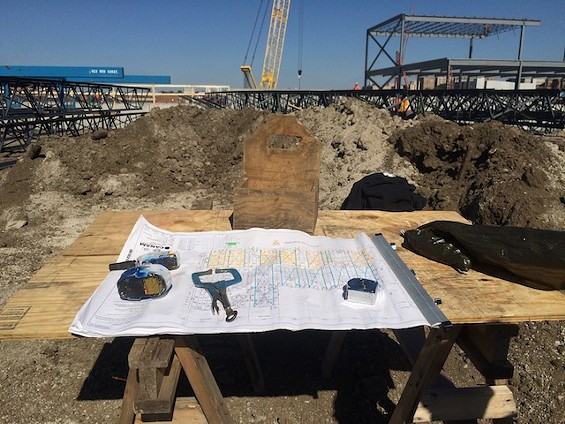 According to a St. Louis Business Journal analysis, the 21 acres IKEA bought from nine different owners was one of the most expensive commercial real estate purchases in the second quarter for 2014. IKEA will demolish three more buildings to make room for the store by early next year, Roth says.

And remember, IKEA: If your steel erection lasts longer than four hours, call a doctor.