The 13 Most Powerful Signs Protesters Brought to Ferguson October

Thousands of people from all over the country descended on St. Louis the weekend to commemorate Ferguson October, a four-day demonstration against police brutality and racism in America.

On Saturday about 3,000 people marched through St. Louis in a peaceful protests. Police reported no arrests or property damage.

See all photos: The Faces of #FergusonOctober

"I have two sons and a daughter. I want a world for them where the people who are supposed to be community helpers are actually helping, where they can trust those people to protect and serve rather than control and repress," Ashlee Wiest-Laird, 48, a Baptist pastor from Boston, told the Associated Press during the march. Wiest-Laird, who is white, adopted two sons, ages fourteen and eleven, who are black.

"What I see happening here is a moment in time. There's something bigger here," she told AP.

As part of the demonstration, protesters held picket signs with slogans about ending racial injustice and police brutality.

Here are thirteen of the most powerful signs we saw at the Ferguson October march downtown: 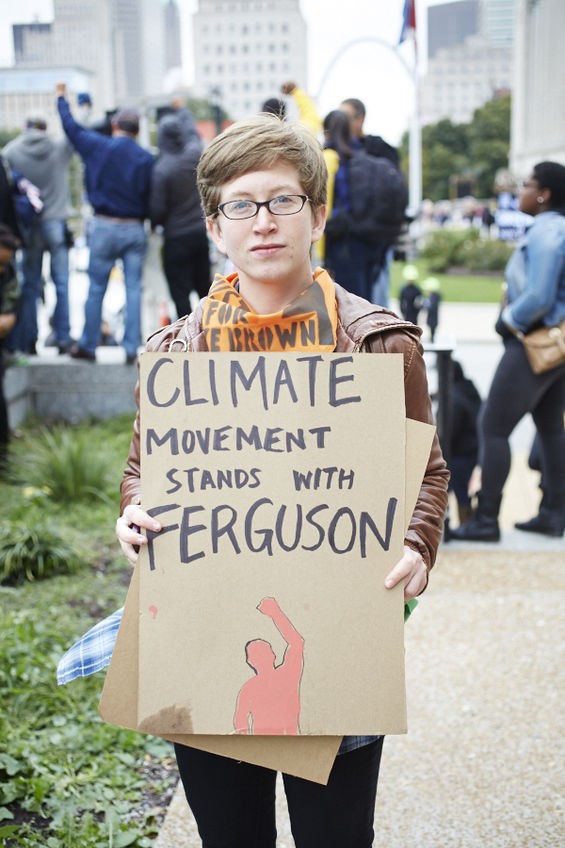 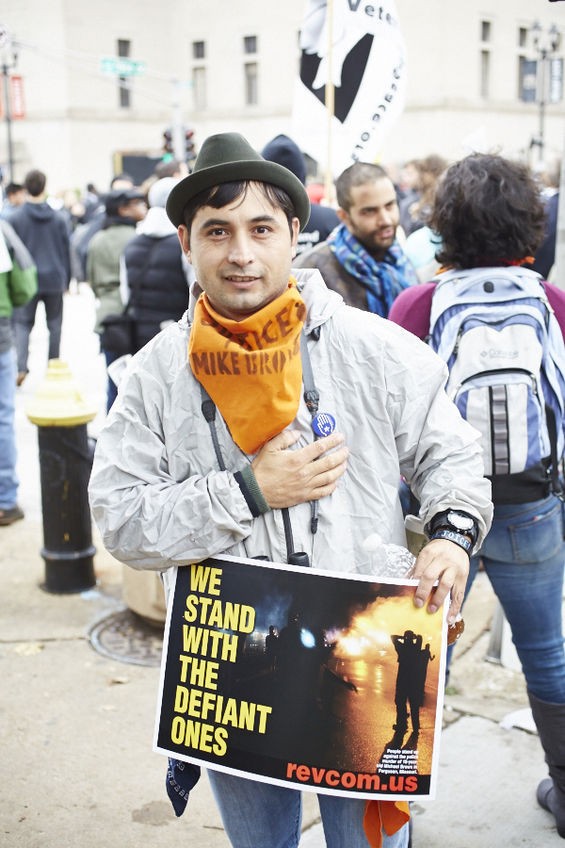 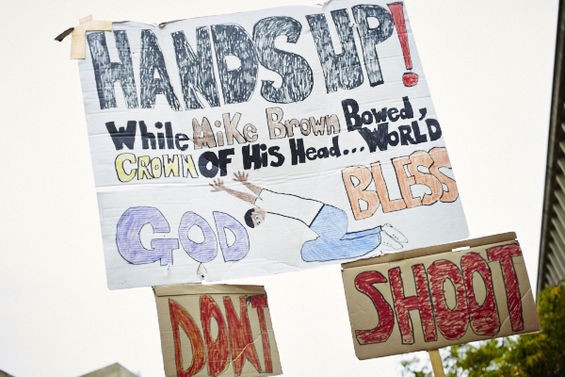 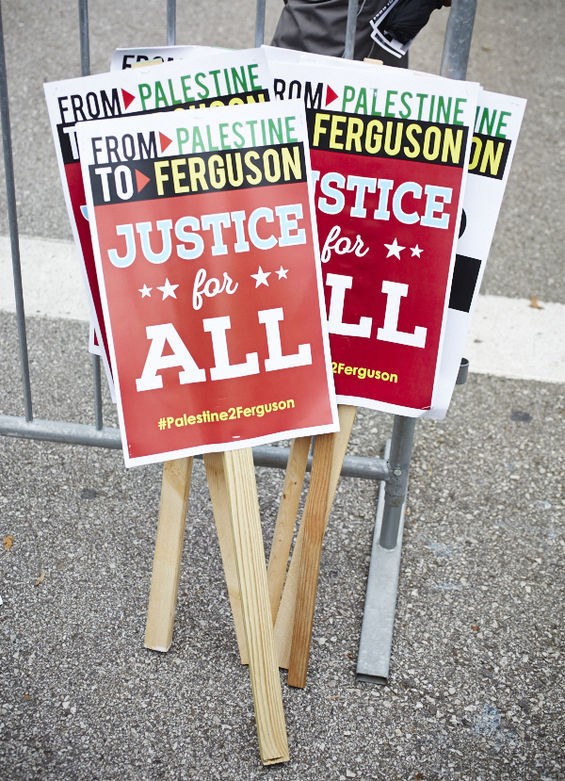