Ten Terrifying Klingons from Archon 38 That Could Kick Your Ass 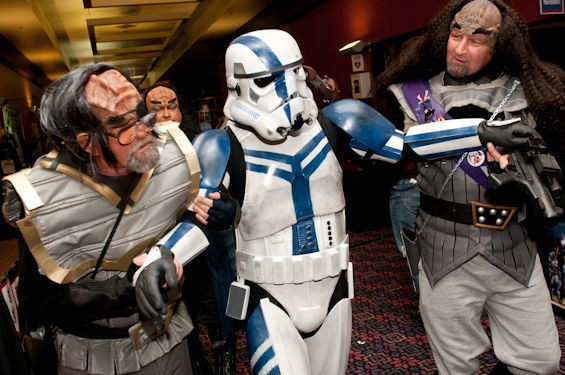 Captain Kirk and the rest of the Enterprise crew may "boldly go where no man has gone before," but honestly, the Klingons were probably there first.

The Star Trek antagonists certainly conquered Archon last weekend. The 38th installment of the annual sci-fi and fantasy convention once again featured inspired, nuanced cosplay of every type -- elves, superheroes, zombies and more. But it was the Klingons that took center stage, with the Klingon Assault Group celebrating its 25th anniversary via makeup tutorials, language seminars and even a wedding.

Still, there's a reason why the Klingons are the most feared species in the Star Trek universe -- they ain't all puppies and rainbows, folks. Below, check out the ten scariest Klingons we found at Archon this year. We know we're not supposed to judge a book by its cover, but come on -- these guys are just dying to take a bat'leth and do terrible things to us.

Like this guy. We don't want to run into him in a dark alley or a brightly lit spaceship.

Or this guy. The eyepatch means he's extra wily.

What about this lady? Barbie Klingon terrifies us. 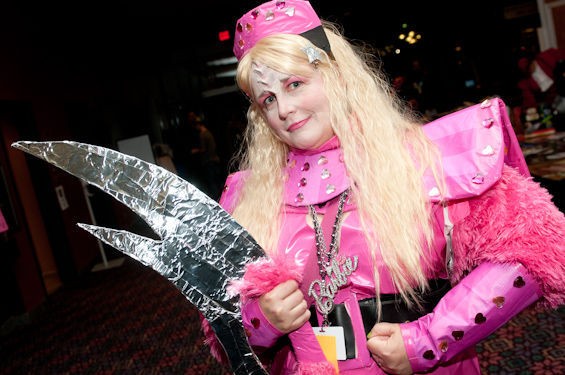 We have a feeling that sucker's not set to "stun." 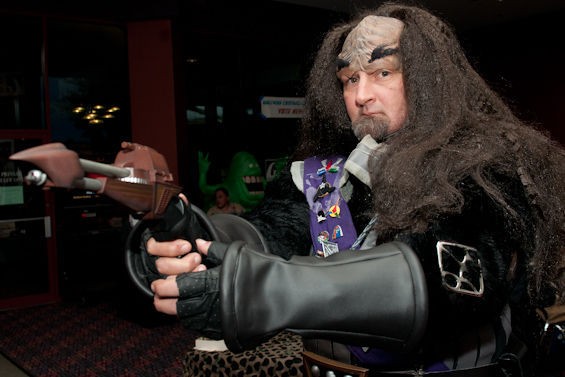 On page two, six more freaky Klingons that will give you nightmares.

If Sammy Hagar were a Klingon, he'd look like this. 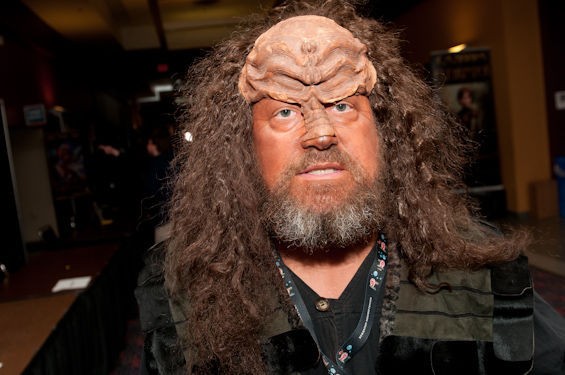 This one looks very regal. Is he the leader of the Klingons that will slowly burn the meat off our bones with energy beams? 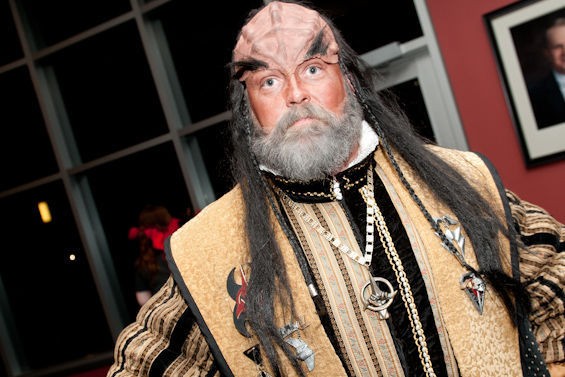 They're smiling because they're about to tear us apart. 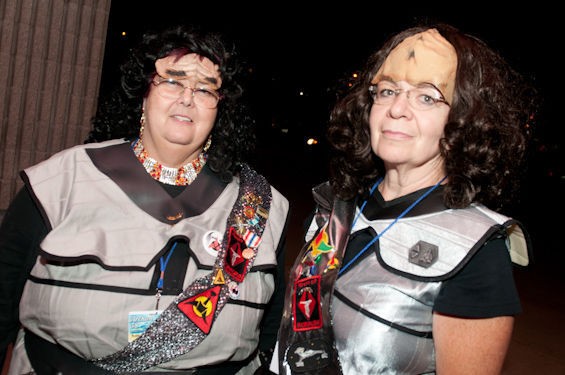 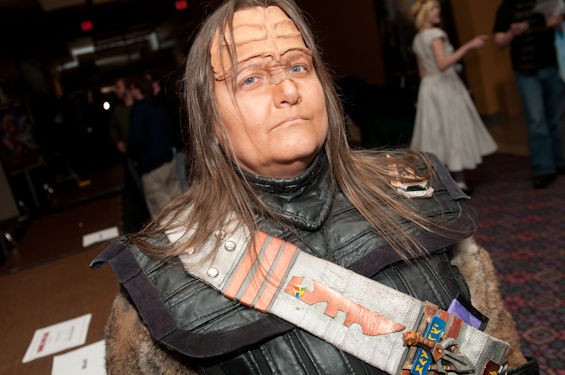 She lures us in with adorability and then kicks our ass with untold violence. 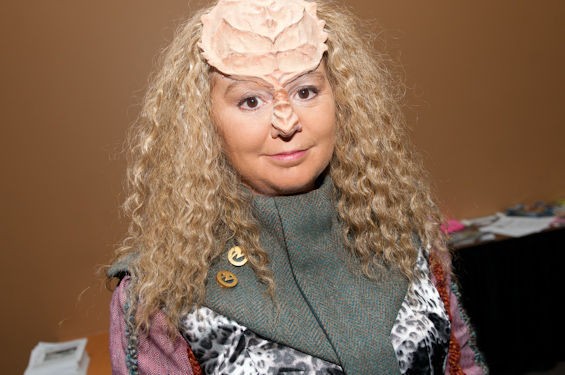 Even if we answer his questions three, he won't let us cross the bridge. We're screwed. 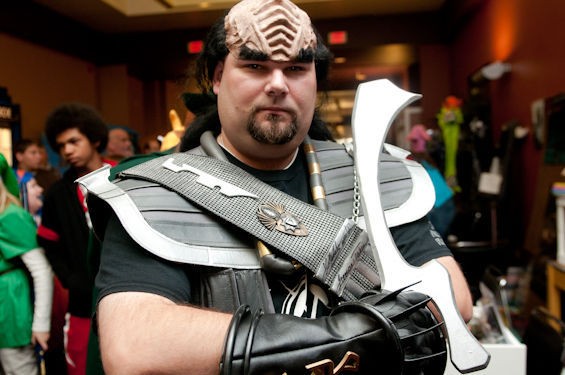