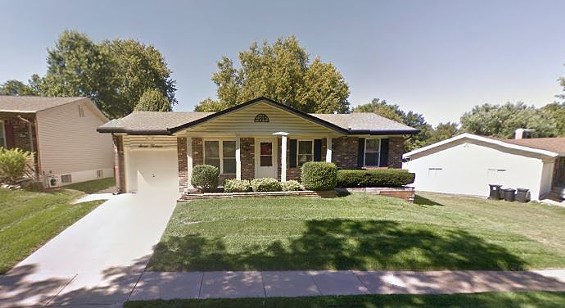 St. Louis County police say the shooting deaths of a senior couple in Fenton are likely the result of a murder-suicide.

Police responded to the home of James and Patsy Roesslein, in the 700 block of Rockshire Drive in the Fenton area, early Thursday morning after getting a call from a family member. At the scene, police found the couple in the living room dead from gunshot wounds.

Investigators say James, 81, shot and killed his wife, 77, before turning the gun on himself, according to police spokesman Sergeant Brian Schellman. Police are not seeking any suspects in the investigation.

The investigation is still under way, but Schellman said initial reports "point to the causes of death being a murder/suicide."

It's unclear how long the Roessleins were dead before police found them. A family member called St. Louis County Police Department's West County Precinct Thursday at about 6:05 a.m.

On Thursday, October 9, 2014, at approximately 6:05 am, officers from the St. Louis County Police Department's West County Precinct received a call for a shooting in the 700 block of Rockshire. Upon arrival, officers found two victims, both located in the living room of the residence, deceased of apparent gunshot wounds. A relative of the victims called police to the scene. The victims are identified as James Roesslein, 81 years of age, and Patsy Roesslein, 77 years of age, residing at the address on Rockshire. The St. Louis County Police Crimes Against Persons Unit responded to the scene to conduct the investigation. The two victims are husband and wife, and all indications at this point in the investigation point to the causes of death being a murder/suicide. Detectives believe through their initial investigation, that Mr. Roesslein shot his wife, and then took his own life. Detectives are currently on scene and the investigation is ongoing. Police are not seeking any suspects in the investigation.