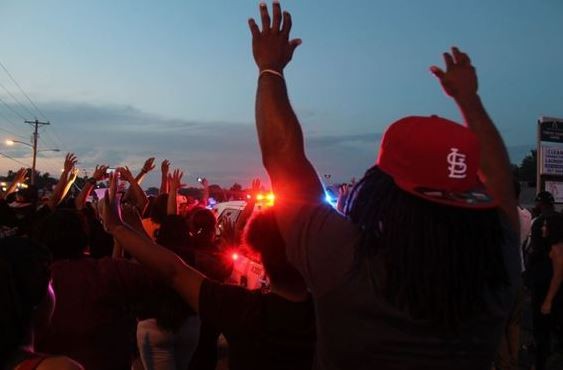 The fatal shooting of eighteen-year-old Vonderrit Myers by an off-duty St. Louis Metropolitan police officer Wednesday night has brought the number of fatal police shootings in 2014 that are currently under investigation in St. Louis city and county to five.

All five of the deceased are black men under the age of 31. Two are accused of having a gun. One had a knife, as video evidence shows. And two were unarmed.

The most attention has been focused on the shooting of Michael Brown, the unarmed eighteen-year-old shot and killed by Ferguson police officer Darren Wilson on August 9. A St. Louis County grand jury is considering whether to indict Wilson.

Here are the other shootings still in the investigative phase.

The earliest fatal shooting this year still under investigation is that of 27-year-old Stephon Averyhart. On a cold afternoon on February 12, police were chasing Averyhart in his vehicle. The reasons for the initial chase are unknown, but STLMPD says Averyhart's vehicle was being monitored for "felony fleeing" from St. Louis County. After police deployed spike strips to stop the vehicle, Averyhart crashed into a telephone pole and fled on foot.

According to a narrative of the incident from his autopsy report, police helicopter surveillance saw Averyhart attempt to throw a gun over a fence as he ran down an alleyway. The report says his gun did not clear the fence and Averyhart picked it back up. Once police entered the alley, they claim Averyhart pointed a gun in their direction. He did not fire, but two officers feared for their life and shot several rounds. One bullet hit Averyhart directly in the forehead -- he died shortly after paramedics arrived on the scene.

The gun that police say Averyhart pointed at them was found fifteen or twenty feet away from his body, according to the autopsy report.

A witness who lives in a house directly in front of where the shooting occurred tells Daily RFT he never saw Averyhart point a gun, but he did hear a gunshot and see the 27-year-old fall to the ground. Another witness, who happens to be a close friend of Averyhart, says police fired without warning as soon as they entered the alley.

People who live on the street of the shooting say there are rumors that police incorrectly believed Averyhart was a wanted suspect in an Illinois murder, which would explain the helicopter and street spikes that were deployed.

Averyhart did not have a violent record and his only criminal history included traffic tickets and a misdemeanor marijuana charge.

This shooting is still under investigation. Daily RFT has requested additional information, including the police report of the shooting, through a Sunshine request. We are still waiting on those documents. See also: Still No Answers Seven Months After Police Shoot and Kill Stephon Averyhart

On July 6, Christopher Jones was driving a rental car that was past its due date, which means it was considered a stolen vehicle. While driving down I-70, Pine Lawn police attempted to pull him over, but Jones instead began a high-speed chase.

Police pursued, and at one point, Jones stopped the car and jumped out to flee on foot. An officer pursued him and, according to police, the two men engaged in a "physical struggle" and the officer fatally shot Jones.

"This was a completely legitimate shooting, and the officer did everything by the book," Leiutenant Steve Blakeley, spokesperson for the Pine Lawn Police Department, tells Daily RFT.

Blakeley says he's unable to give us details about the struggle that ensued between Jones and the unnamed officer because the incident is being reviewed by the St. Louis County prosecutor's office.

He did, however, claim that Jones was shot in the arm and the bullet went to his heart.

The shooting that has garnered international attention and sparked massive protests is still being reviewed by a St. Louis County grand jury. Our coverage of the shooting and events related to it can be read here.

The killing of Powell was caught on video. After shoplifting items from a convenience store, Powell was acting erratically on the sidewalk, marching back and forth and talking to himself. Police were called for the shoplifting incident and once they arrived, Powell pulled out a small knife and walked toward the officers, screaming, "Shoot me now!"

After a warning to drop the weapon, police shot Powell six times.

Many people argued that the police reaction was too much for a man with a small knife who appeared mentally disturbed, and the incident opened up a discussion on what constitutes proper use of force. Police chief Sam Dotson argued that the shooting was justified because it adhered to the SLMPD's "force continuum," which provides a loose guideline for when and how officers use deadly force.

According to Dotson, if a suspect armed with a knife -- no matter the size of the knife -- comes within twelve feet of an officer, deadly force is justified.

Nonetheless, many people still have qualms with the shooting, including alderman Antonio French, who told Dotson at a board of alderman meeting about police use of force that "The shooting might be legal, but is it moral?"

This shooting is still under investigation.

More can be read about it here, where we will update as more information is revealed.