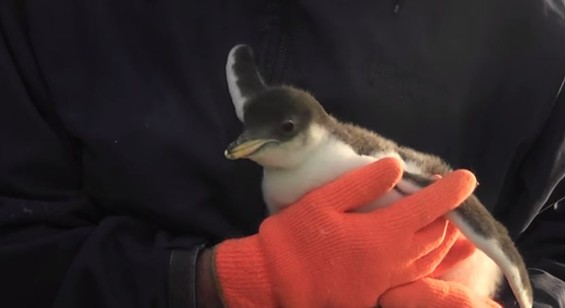 The Saint Louis Zoo knows you miss the penguins.

Penguin and Puffin Coast is under construction, and unless you want to watch the zoo's penguin webcam or shell out $50 a head for a backstage tour (like the one Newt Gingrich went on, with hilarious results), St. Louis' penguin and puffin lovers are out of luck until next spring.

In a video released by the zoo, bird keeper Frank Fischer explains what it's like to grow up as a penguin in St. Louis. Here are five of the best moments from Oshie's short life so far:

1. The time he outgrew cuddling for warmth.

Penguins snuggle under their parents for warmth...until they get too big. We think you might be pushing it here, Oshie.

2. Learning to eat fish on his first try.

In order to join the rest of the adult penguins, Oshie had to learn to eat fish from a bird keeper's hand. Unsurprisingly, this bright little penguin gets it right immediately. 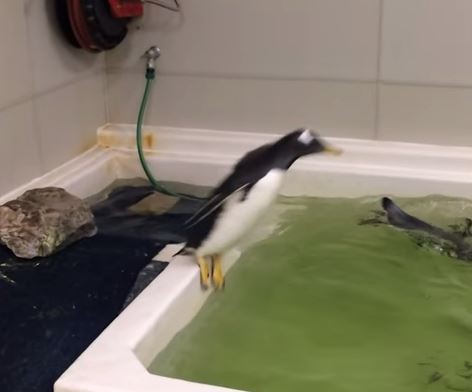 Four magellanic penguins were "in charge" of teaching baby Oshie to swim. He doesn't quite get it at first, jumping in feet first instead of with a graceful penguin dive.

Everybody needs a mentor. Oshie's is Crash, who's been teaching Oshie the ropes, Fischer says.

5. Joining the rest of the penguins. 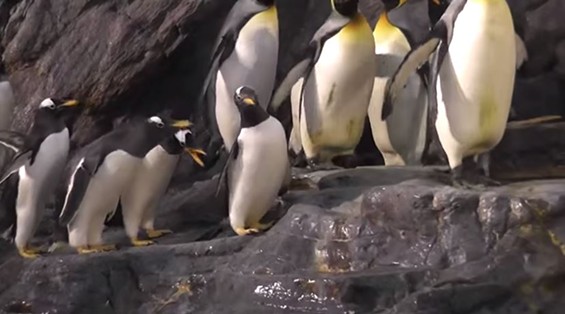 Oshie lets loose a thunderous yell when he gets to join the rest of the adult penguins in the zoo exhibit.

Watch the video in full here: