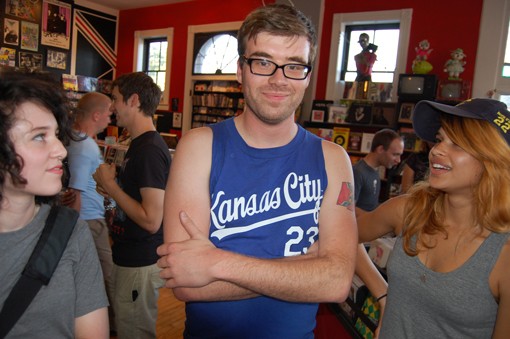 Not since Game 6 of the 2011 World Series have we watched a baseball game that made us go crazy, folks, go crazy like the Kansas City Royals wild-card game Tuesday night.

Stealing bases? Badass. The Royals swiped seven last night. Extra innings? You bet. The Royals had to come from behind in the ninth to tie the game and come back again in the twelfth to best the Athletics. PLEASE STOP WE CAN'T EVEN DEAL ANYMORE.

So with only a pinch of the smugness that comes with eleven World Series wins, Cardinals fans have to admit: The Royals have earned their way into the playoffs with gusto.

Buckle up, ya'll. It's October, and the Royals are bringing it.

There weren't hashtags (or Twitter or Ello or Snapchat) back in 1985, when the Royals beat the Cardinals in the World Series, so we're adapting the moniker "I-70 Showdown Series" for a world where tweets come from humans, not birds:

What is HAPPENING? Come on, Royals! We Cardinals fans want that #I70Series.

We're coming for you, #I70Series. And by we, I mean me and my credit card.

@coacharnoldCMU Why wouldn't we want the #Royals to do well? I'm a #STLCards fan first, but I dont dislike KC. Hoping for another #I70Series

May we also suggest the #MoRiverRunner series or the #ShowMeSeries, for your tweeting pleasure.

2. Kansas City fans are so excited they're cheering for baseball like it's football.

While getting ready for Tuesday night's wild-card game, the Royals arrived at batting practice Monday morning to find a scene straight out of Friday Night Lights. Via USA Today:

When the Royals walked onto the field Monday morning for batting practice, there were 5,000 fans in the stands to greet them, cheer them, even staging an ol' fashioned pep rally normally reserved for Friday night high school football games.

That's a lot of people calling into work sick with Blue October Fever.

Royals fans even cheered for their baseball team during Monday Night Football, while the Chiefs were blowing out the New England Patriots 41-14. The chanting was so loud that they broke the Seattle Seahawks' Guinness World Record for loudest stadium in the world. 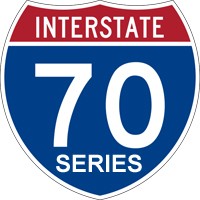 Stealing bases is exciting. So too is scoring from third on a wild pitch. KC had one of those as well. The Royals fans were quick to pull out their rally caps Tuesday night, but we're sure glad they did. That game kept us on the edge of our seats to the very end, and if that's what KC's playoff run will look like, we want to see more.

4. The Cardinals and the Royals are the most and least hated teams in baseball.

Thanks to St. Louis' winning streak, we're one of the most hated teams in the league, says a not-so-scientific (but pretty accurate) study from the Wall Street Journal. St. Louis has a high hateability score of 12.7, whereas the Royals are beloved by most with a hateability score of just 2.5.

5. If the Cardinals can't clinch the World Series, we could still root for the Royals without hating ourselves.

St. Louis would love to earn its twelfth championship in 2014, but if it can't be us, it should at least be someone from Missouri. Show-Me State, unite!