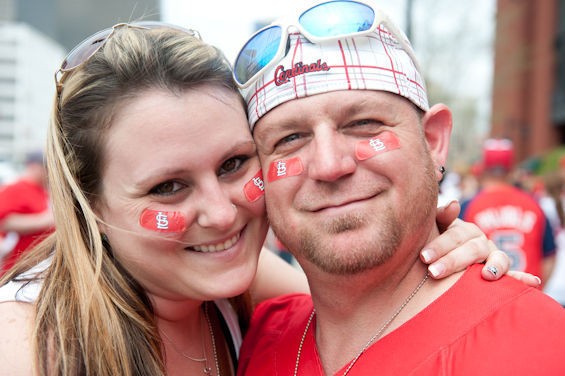 Move over, New York Yankees. We'll take it from here.

The St. Louis Cardinals is the most hateable team in the Major League Baseball post-season, according to a sort-of-scientific report from the Wall Street Journal.

On a scale that assigns points for every hateable trait (the more points, the more hated you are), St. Louis earned an impressive 12.7 points, especially thanks to the team's winning past and the ill-earned "best fans in baseball" moniker. Winning four league titles in ten years really propelled St. Louis above any other team, including second-place winners the LA Dodgers, who scored a 10.8.

See also: The St. Louis Cardinals Is One of America's Most Hated Sports Teams: Survey

Things aren't so hateable on the other side of the state. With a score of just 2.5, the Kansas City Royals are "barely hateable at all" after returning to the post-season after 29 years, the Journal writes.

The "study" is admittedly sour grapes, an attempt to find someone for America to root against as clubs race to the World Series. Michael Baumann at Grantland puts it best:

You know how in Fight Club Edward Norton beats Jared Leto to a bloody pulp and says, "I felt like destroying something beautiful"? Well, that's how the rest of the world feels about the St. Louis Cardinals. They're so beautiful and so perfect that they must be destroyed. The mortals need to have their turn.

Cardinals fans contributed two hateabilty points to their team: one for calling themselves "the Best Fans in Baseball," and another for referring to themselves as a "Nation."

"Case in point: Cardinals fans," the Journal writes. "America has been told about their superiority for so long that there has been both a backlash (the Twitter account @BestFansStLouis exists solely to expose them "as witless dolts") and a backlash to the backlash."

So good luck in the playoffs, Cardinals, and don't let the haters get you down!