Uber is Coming to St. Louis, Could Start Premium Sedan Service Next Week 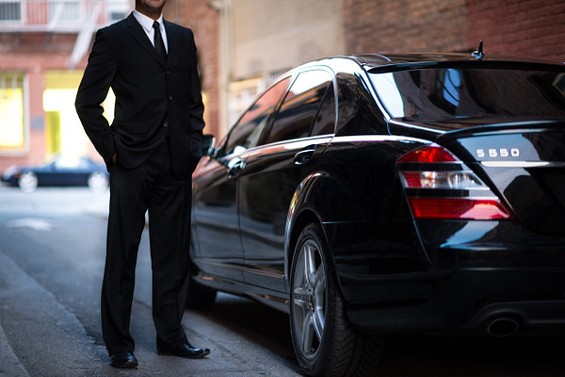 After months of negotiations, the ride-sharing app Uber could finally be on its way to launching in St. Louis.

"We will be hopefully approving them on October 7, and they can get up and running," says MTC director Ron Klein to Daily RFT. Uber can start operating on October 7 with official approval.

It took months to update the MTC rules to allow room for an app-based service like Uber BLACK, but Klein said deliberations with Uber were cordial and productive. The company originally reached out to Mayor Francis Slay's office to help further talks between the taxi authority and Uber after the launch of another ride-share app, Lyft, ended in lawsuits and police citations.

"It's been a slow, slow sort of thing that's always been something we wanted to see happen," Patrick Brown, director of legislative affairs in the mayor's office, tells Daily RFT. "The taxi commission, after a number of conversations with the mayor's office, also felt that these would be valuable changes not just for Uber or Lyft or any other ride-share model, but for the entire industry."

Here are a few examples of the rules that had to change in order for Uber BLACK to start in St. Louis:

Old rule: A driver must stay 2,500 feet away from a hotel or business unless he or she has a written trip ticket.

New rule: A driver must stay 200 feet away from a hotel or business unless he or she has a written or electronic trip ticket.

Old rule: Drivers and passengers must arrange the ride-for-hire at least 60 minutes before pick-up.

New rule: Drivers must be able to prove with an electronic or digital form that they have a prearranged contract with the passengers.

The new rules will apply to Lyft if the company ever submits an application for a license to operate in Missouri. The rideshare app is still stuck in lawsuits over its unofficial launch in St. Louis.

"If Lyft created a premium sedan service model like Uber BLACK, or anyone else, these changes would be there for them as well," Brown says. "There is a shift among users, and they want these sorts of ride-sharing models. We're happy to accommodate that. We just need to make sure it was safe, and we did it thoughtfully."