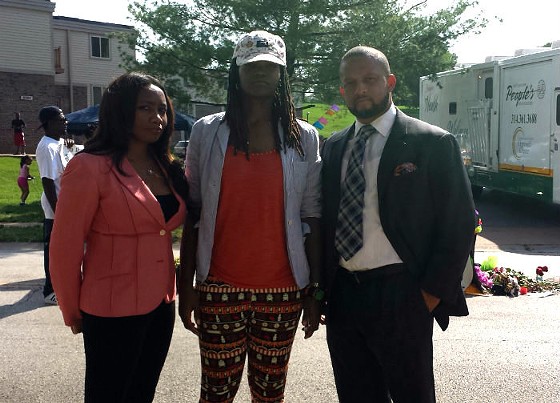 Just over a month ago, Daily RFT broke the strange story of Mya Aaten-White, the woman who was shot in the head as she left one of the first protests following the killing of Michael Brown in Ferguson. Aaten-White's shooting was characterized to media as a "drive-by," and a selfie she managed to take in the ambulance on the way to the hospital went viral.

The bullet pierced Aaten-White's skull but miraculously stopped about a millimeter from her brain. She was taken to a hospital where doctors extracted it -- and that's all the information anyone could get. As of our last report, no one from the police had interviewed Aaten-White, neither Ferguson nor St. Louis County police had case files about the incident, and most puzzling of all, the bullet seemed to have gone missing.

Now we have some new information, including that incident report. Other questions persist.

A few days after our initial request, St. Louis County Police record keepers confirmed that Ferguson is the agency investigating the shooting. We then asked the city of Ferguson for the records, which was provided three weeks later after a Sunshine Request. Here it is:

The incident report provides few new details other than to basically confirm the story Aaten-White told previously -- that she was walking on Highmont when she heard several shots, that several young men carried her to a nearby home and that they waited there for an ambulance. The initial confusion about who was handling the case may have come from the fact that the first responding officer who arrived with paramedics was from St. Louis County. This incident report was filled out by a Ferguson officer who got all his information from that county officer.

In our Sunshine Request, we also asked specifically about whether investigators took ballistic evidence from the hospital. Here was the response from the Ferguson city attorney Stephanie Karr: "This is an active investigation by law enforcement. No investigative records, such as ballistic records, are subject to disclosure in accordance with Section 610.100 R.S.Mo. The investigative records will be closed records until such time as dictated by Section 610.100 et seq."

The last time we spoke with Aaten-White's attorneys, they were unable to give us an update on their inquiry into the location of the bullet recovered in surgery. Aaten-White said her doctors told her that police came and retrieved the bullet, and attorney Marwan Porter told us in a previous interview that "someone has the bullet, and it was an officer." But it's not actually clear if that's what really happened or if the bullet is still with the hospital. 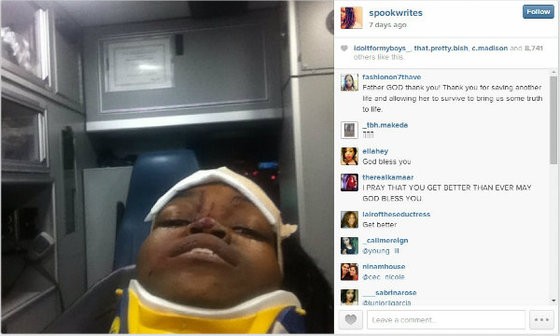 Meanwhile, Aaten-White told Daily RFT that she still has not been interviewed by the Ferguson police. Porter said that a detective went to Aaten-White's home, but that she didn't want to speak to him without an attorney present. Porter said he's been trying to set that up ever since.

"I've left numerous messages for them," he said.

Part of Aaten-White's reluctance stems from the fact that she's not thrilled by what she's reading in her own incident report by Ferguson police.

"It's an inaccurate report that we believe, my attorneys believe was produced as a result of the media pressure," she said. She would not go into detail about which parts of the report were inaccurate.

As for Aaten-White herself, she said other than some headaches and tension in her neck, she was physically fine. Mentally, she was not so sure.

"I'm a little bit paranoid. I still don't know where that bullet came from," she said. "[I get] flashbacks of the moment -- not exactly the entire day or the entire night but the moment that I heard the gun shots and then I was shot."

We will continue to follow this story and update as soon as we have new information.