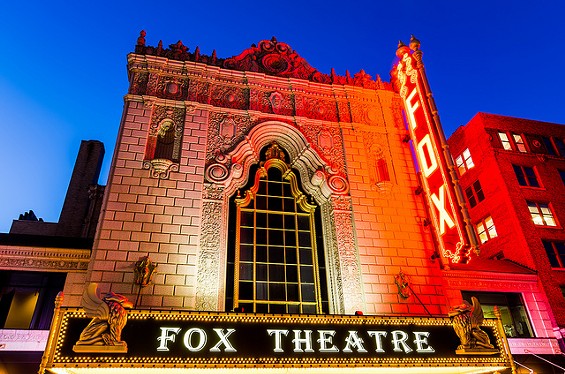 Late at night, when the Fox Theatre is supposed to be empty, ghosts are said to roam the halls of this palatial, historical building.

There's the woman in white, seen in the auditorium and backstage with her hair in a loose, old-fashioned bun, according to the theater. There's the gentleman with his hair slicked back and a mustache. And there's the red-haired woman, wearing a blue suit and looking over the auditorium expectantly.

For the first time, the theater is opening its backstage for a ghost tour to explore the spooky sightings and unexplained occurrences people have reported in the Fox's 85-year history.

Ghost hunters will even have a chance to communicate with the spirits living in the theater during a séance led by the St. Louis Paranormal Research Society.

The prospect of spotting a ghost in the popular theater is so tempting that the tickets for the first day of tours sold out quickly. Now the theater is adding a second day of tours, along with snacks, cocktails, tarot-card readings and informal Q&As with Steven LaChance, who's been investigating the paranormal in Missouri for ten years.

Want try and spot a Fox Theatre ghost? Tickets for the 6:30 and 8:30 p.m. tours on October 17 are $30 and go on sale at 10 a.m. September 23 at the box office and on Metrotix.com. After the tour, you'll have to shell out another $20 for one of two séances led by the paranormal-research society.