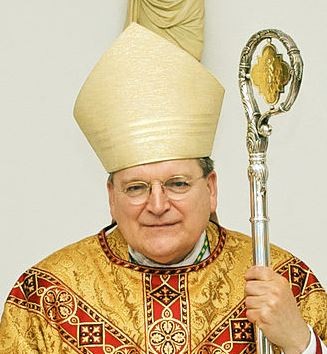 The divisive rise to power of former St. Louis Archbishop Raymond Burke may soon end -- not with a criminal conviction, as some have hoped, but with a demotion from Pope Francis.

A report from Vatican observer Sandro Magister appears to have broken open a rumor that's been bouncing among Catholic insiders form awhile -- namely, that Burke is about to go from Vatican power player to ceremonial figurehead. Magister describes Burke's imminent demotion from his current spot on the church's highest court to honorary head of the Sovereign Military Order of Malta as an "eminent decapitation."

"He's removed from all power," says Frank Flinn, a retired adjunct professor of religious studies at Washington University, describing the difference between the two positions. Flinn argues that this move isn't the result of a simple clash of personalities between Burke and Pope Francis.

"It's much more than just a style thing that's going on here," Flynn says. "It's the direction of the church."

To be sure, Burke and the Pope have clashed before on religious issues and doctrine, most recently on Christianity's view of homosexuals. Last year, Pope Francis famously answered a reporter's question about gay priests by remarking (in Italian): "If someone is gay and he searches for the Lord and has good will, who am I to judge?"

In contrast, Burke is a staunch proponent of judging. When asked earlier this month about his opinion of Pope Francis' statement on homosexuality, he declared: "We have to judge acts, we have to...All day long we make judgments with regards to certain acts; this is what the natural law is: to choose good and to avoid evil."

See also: Whatever happened at Father Cooper's cabin in 1971, the archdiocese isn't responsible

What Burke's transfer really comes down to, says Flinn, is the Pope's desire transform the Vatican from ostentatious cabal of religious hardliners to a church primarily focused on serving people on the parish level, charitable work and outreach.

"The pope wants to turn the offices of church aback into to services of Christ," he says. "He aims to just change the whole idea of what bishops and priests and clergy do. They are to serve the people, to serve the members of the church. If there is one theme to his papacy, that is going to be it."

Pope Francis has not yet officially commented on (or confirmed) Burke's move to Malta, or hinted at why he's chosen to essentially exile an influential Cardinal at the relatively young age of 66. There's plenty of material to speculate on, ranging from Burke's ideological similarities with the rigid traditionalism of the previous pope, to his relationship to fringe religious orders and his penchant for denying communion to pro-choice politicians.

The news of Burke's demotion arrives as a sort of bitter victory for David Clohessy, the executive director of the Survivors Network of those Abused by Priests, or SNAP. For years, Clohessy has called for Burke to answer for his role in transferring priests with known histories as child abusers into parishes in St. Louis.

"Kids are safer and justice is done when those who conceal clergy sex crime are clearly disciplined for that wrongdoing, and that's not really the thing happening here," he says.

Continue to read about Burke's history of covering up child abuse, and Clohessy's criticism of Pope Francis.

Burke's troubling strategies in handling of child abuse cases is no secret to St. Louis, where he served as Archbishop from 2004 to 2008.

A 2004 Riverfront Times investigation into Burke's time as bishop in La Salle, Wisconsin in the early 2000s revealed evidence that he covered up sexual abuse cases and used a counseling fund as a way of extorting silence from victims. RFT also discovered that Burke allowed several priests to remain clerics in good standing long after he'd seen proof that those priests repeatedly preyed on children.

"He violated the two fundamental promises bishops have made relentlessly for the last 25 years," says Clohessy. "They promised openness and transparency, and they promised to protect the flock first. "

Though the Burke's fall from grace will surely impact the Vatican, Clohessy believes that the shakeup likely doesn't reflect a change in Pope Francis' tactics on sexual abuse in the Catholic Church.

"He's shown this real courage on other very thorny issues, like church finance and church governance. He's making dramatic changes, and he's proven to be a terrific communicator and a brilliant man," he says. " But the pope has been in here for a year and a half, and he has yet to discipline, demote, or even denounce a single complicit church official."

Without a specific denunciation, Clohessy thinks most people will interpret Pope Francis' motivations as connected to theological differences or some other issue, not sex abuse.

But this is all supposition, so far. We asked Clohessy, isn't it possible that this is the beginning of Pope Francis' next phase in his vision for the Vatican? A Vatican that explicitly punishes those who protect abusive priests at the expense of the flock?

"My heart wants to believe that," says Clohessy. "My head tells me otherwise."