Missouri Weddings are Cheaper Than Most States Even As Costs Rise: Study 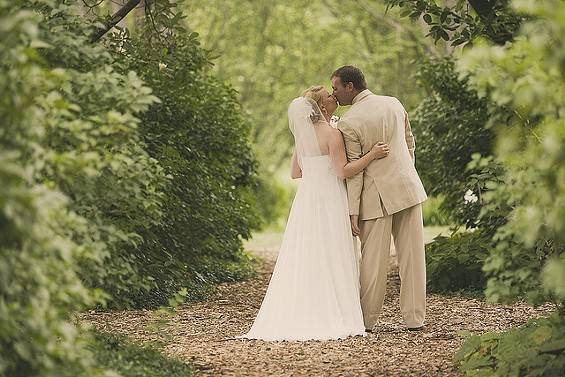 Love may not cost a thing, but weddings do. Even a struggling U.S. economy can't stop a bride determined to blow out her big day, and as other industries limp along, the wedding industry brought in $54.3 billion last year.

Flower, photos, videographers, save-the-dates, favors, cakes -- once you've factored everything in, the average wedding costs $37,983, according to NerdWallet's new study on wedding affordability.

But there's good news for brides and grooms-to-be in the Show-Me State: some of the cheapest places to get married are right here in Missouri. All of the ten least expensive counties for weddings were in Missouri, Kentucky or Mississippi, the study found.

Hickory County wins the award for cheapest all-inclusive wedding destination, according to NerdWallet's study, setting brides back only $31,747, more than $6,000 below average. The costs of getting married in New Jersey's Hunterdon and Somerset counties, the most expensive places to get married in the U.S., are almost double the cost of a wedding in Hickory County.

The soon-to-be-married only spend another $2,000 on weddings in the city of St. Louis, where an average wedding costs $33,720, according to NerdWallet. But couples don't have to spend that much to get hitched. The Wedding Report, a group that studies how much weddings cost, says about 50 percent of couples manage to spend less than $10,000, according to a survey from 2013.

Things get more expensive out in the county. A St. Louis County wedding costs $39,143 on average, according to NerdWallet. That's $7,396 more than a Hickory County wedding, thanks to much bigger price tags for venues and wedding planners.