Grand Jury Gets Until January to Decide on Michael Brown Shooting 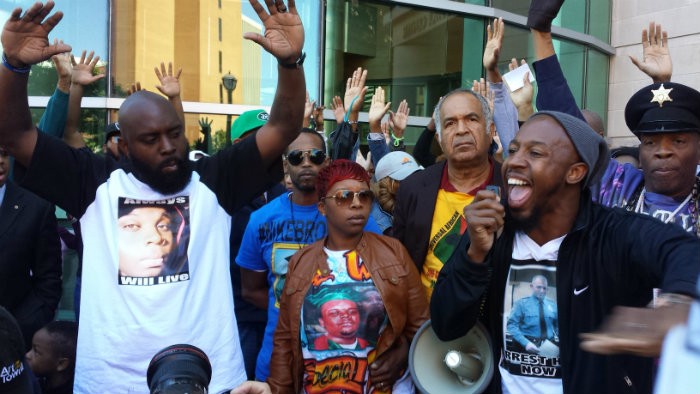 A judge has granted an extension for the grand jury in charge of deciding whether Ferguson police officer Darren Wilson will be acquitted or charged with a crime.

The twelve jurors now have until January 7 to indict Wilson for shooting and killing unarmed teen Michael Brown in Ferguson on August 9 or to let him go, St. Louis County Judge Carolyn Whittington ruled.

Anthony Gray, an attorney for the Brown family, said he was "flabbergasted" when Daily RFT called and told him about the grand jury delay Monday night. He added that the trial depends on St. Louis County Prosecutor Bob McCulloch, who has been heavily criticized by black leaders for his handling of the case, to present "sufficient evidence."

"If they do not present sufficient evidence to indict, the grand jury won't indict," Gray tells Daily RFT.

With the violence, looting and chaos on West Florissant Road in Ferguson last month fresh on many people's minds, there are fears that an acquittal will reignite explosive racial tensions. But until the grand jury decides, there's little to do but wait.

"If it takes that long to marshal out all the evidence they feel will be sufficient, we have to honor that timetable," Gray tells Daily RFT.

McCulloch's approach to the grand jury for Wilson has been unusual. Rather than name a charge for the jury to decide on, the prosecutor's office is allowing the grand jury to consider all the photos, videos, testimonies, ballistics and other evidence as it gets them. Then the jury will decide whether or not to file charges.

The only other grand jury in recent history to convene for this long was in 2000, when two undercover officers shot and killed two suspects in a north-county Jack in the Box. The grand jury did not indict the officers in the case that stirred public outcry and racial tensions like the Brown shooting.