6 Times White and Black People in St. Louis County Had Opposite Opinions on Ferguson 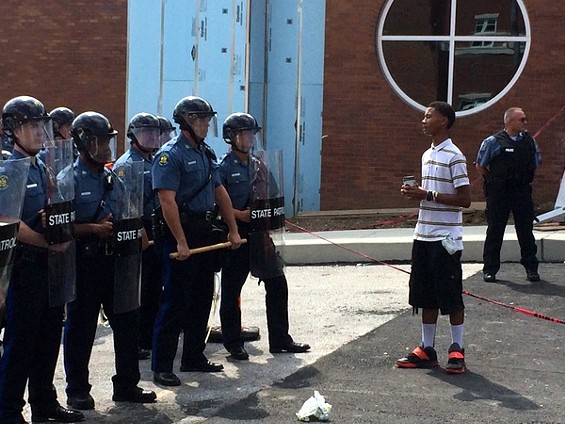 A teenager is dead. A police officer pulled the trigger. There's not much more to the story of Michael Brown that white and black residents of St. Louis County agree on.

Remington Research Group, based in Missouri, polled more than 600 county residents on September 13 and 14 asking eight questions about the shooting and its aftermath. The poll puts in stark light the deep fracture between white and black reaction to the shooting, with the two groups often reporting opposite responses to the same questions.

"There is a sharp racial divide amongst St. Louis County residents on the events that transpired in Ferguson," said Titus Bond of Remington Research Group. "It's a tale of two different groups, with each racial group seeing the situation almost completely opposite of the other. Race is definitely still a factor, and local law enforcement, and local government leaders have a long road ahead of them."

The poll results shouldn't come as a surprise, but that doesn't stop them from being super depressing. To see the entire study, scroll down.

5. Can Prosecuting Attorney Bob McCulloch fairly prosecute the criminal case against Officer Darren Wilson? Whites: Yes (71%) Blacks: No (60%) This should come as no surprise. McCulloch has been reelected to his post for decades by the county's majority-white voting base, while black community leaders have organized protests, boycotts and a highway shutdown to get him thrown off the case.

After all this disparity, it's good to remember there's still one thing whites and blacks in St. Louis County can agree on: that Governor Jay Nixon really flubbed things up. More than 60 percent of whites and 70 percent of blacks had an unfavorable view of Nixon's handling of the situation in Ferguson.

The Remington Research Group says the survey was weighted to match demographics of U.S. Census. Margin of Error is +/-3.53 percent with a 95 percent level of confidence.