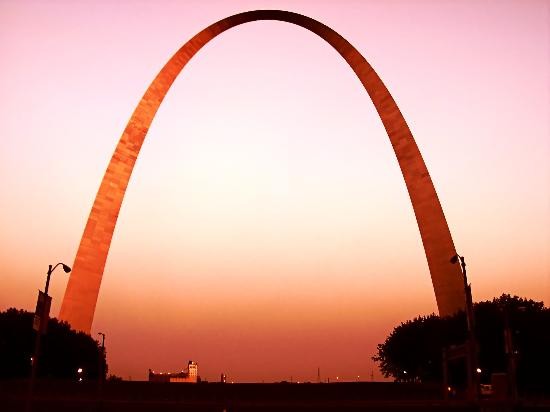 Four years ago Google announced that it would test an ultra-high-speed fiber network in one United States city before exploring how to deploy similar networks across the country. With a speed of about 100 times faster than the standard Internet connection -- one gigabit per second -- Google Fiber in 2010 held the promise of revolutionizing productivity while increasing jobs and sparking an economic boom.

Naturally, St. Louis wanted a piece of that action. Mayor Francis Slay's office put together an application detailing why the Gateway City should be Google's guinea pig and even PC World backed St. Louis as a good candidate for high-speed broadband.

Alas, Google's fancy-pants network went to St. Louis' cross-state rival Kansas City, which has attracted new business to the region thanks to its newfound high-speed access. In fact, we didn't even land on Google's list of post-KC cities that would receive the fiber treatment. But that doesn't mean St. Louis has forgotten about the endeavor.

On Thursday the St. Louis Broadband Summit attempted to address why ultra-high-speed Internet networks are critical to St. Louis' future and what kind of challenges the region faces in making it happen. Organized by the St. Louis Regional Chamber, KETC (Channel 9) and the St. Louis Business Journal, the event advocated that St. Louis is ready to reap the economic and creative benefits from a project of this magnitude. Here's what we learned by following #FiberSTL on Twitter:

NEF, a fiber carrier and consultant, issued a connectivity report on the St. Louis area, saying that the region already has a foundation for fiber, but work must begin immediately to go from slower DSL to ultra-high-speed broadband.

Here is a view of the overall regional network viability. Each line is different carrier fiber routes. #FiberSTL pic.twitter.com/Ceny9lkEMf

STL's long-haul broadband infrastructure better than Seattle's and Phoenix's. Partly because of our location. #FiberSTL

2. START WITH THE BUSINESS HUBS.

Where can a city get quick support for ultra-high-speed fiber networks? From hubs of data-driven activity such as universities, science corridors and business centers, of course. Once those are on board, it's easier to expand networks to residential areas. Michael Orlowski, an associate at Polsinelli who concentrates on entrepreneurial clients, said that there are plenty of community improvement districts in St. Louis that might lead the way.

.@Startup_STL mentions we have a fantastic CID in @CortexSTL. These CIDs can be anchor institutions for #FiberSTL

Fiber connectivity is a critical element to create and grow more CIDs in our area. - @Startup_STL #FiberSTL

.@Startup_STL's recommendation for #FIberSTL: Map out all #STL CIDs, then adopt city-wide program to reduce barriers for providers.

Providing fiber throughout the St. Louis area would require cooperation among municipalities and organizations -- something the Gateway City isn't known for.

The problem of coordinating 91 municipalities in #STL Co is a hot question after #Ferguson. It made several guest appearances at #FiberSTL.

.@levgonick at #FiberSTL: "Don't confuse pitching a big tent with boiling the ocean" ... Don't wait for everyone to sign on w/ the plan.

On page two, learn about St. Louis' only gigabit community.

Highland, Illinois, is the greater St. Louis region's only gigabit city, ditching unreliable service providers to build a fiber network of top speeds with the potential to expand throughout the state. The network is 80 percent complete and has kept -- and lured -- businesses in Highland while setting a national and global example for high-speed cities, but city manager Mark Latham said it wouldn't have happened without residents demanding a better alternative.

Mark Latham: Start with a survey of residents then establish a telecom policy that defines our path to gigabit status. #FiberSTL

There are several cities of comparable size to St. Louis that have successfully implemented fiber. Lev Gonick of OneCommunity in Cleveland, Ohio, said his city started small and gradually received community buy-in.

With key institutions online, then we must take fiber to the home. Cleveland began with 1 neighborhood and now has 32 on board. #FiberSTL

Chattanooga's Fiber Optics drives a lively entrepreneur scene. 10 years ago there was no VC $ in the area. Today there's $10MM #FiberSTL

6. FIBER IS A GAME CHANGER.

Every aspect of life in St. Louis could be affected by an ultra-high-speed network, panelists said.

#FiberSTL Gigabit connectivity in concert with transportation and community development is a force for change pic.twitter.com/X1gbslQhvy

There's no time to waste when it comes to fiber; deploying a network like this takes major time and planning.

One piece of advice that every speaker has shared: We need to make immediate steps happen now, so that we can have #FiberSTL in the future

For more information about the St. Louis Regional Broadband Summit and its takeaways, visit stlbroadbandsummit.org. For more about Google Fiber, visit fiber.google.com/about2.