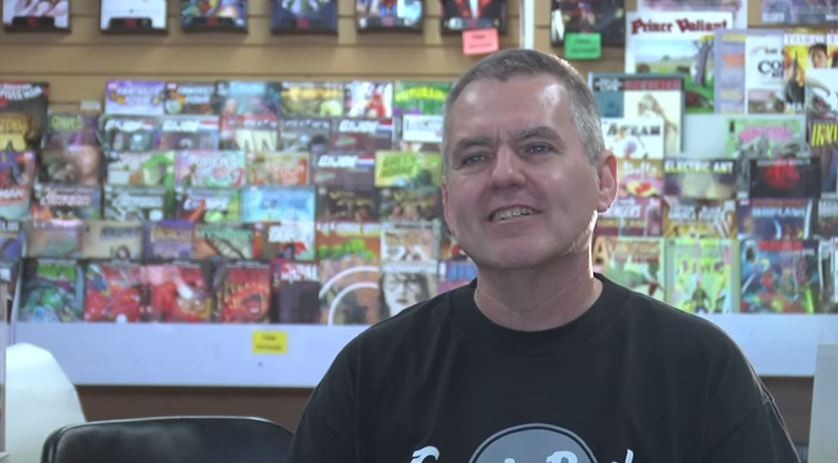 Before they were married, Steve Koch tried to convince his then-girlfriend Carla to try joining him in something he loved: reading comic books. She was skeptical -- comics weren't really her thing -- but he selected a special book for her, X-Men No. 1, and insisted that she would like it if she just gave it a chance.

When she fell asleep reading it and creased the cover, she was afraid he'd get mad at her for creasing the cover of his collectible.

But he didn't mind, Carla says. "That's just the kind of guy he was. He just wanted me to read it and like it. He knew the true value of a comic book was in the story and the art, not as it being a collectible."

After 26 years running Comic Headquarters in south county, Steve died August 31 at the age of 55. The cause of death was unclear, but doctors suspected a heart attack. 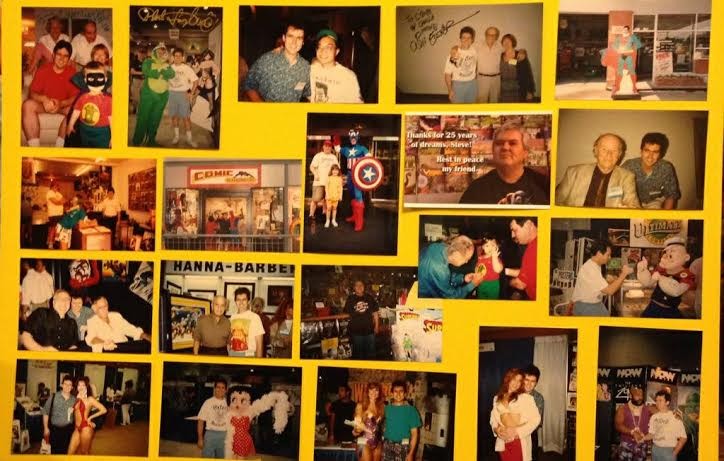 His death was sudden, and as news spread, customers and employees began an outpouring of emotional remembrances of the man who brought them so much joy.

"He was the kind of guy who gave people hope," says Joe Armeno. Armeno says he's felt ridiculed at other shops for purchasing Scooby-Doo and Spider-Man comics.

But at Steve's, he felt right at home.

"I can guarantee you that you could search for years and you wouldn't find a story like that about Steve," he wrote. Steve would never comic-shame someone, Armeno said.

Action figures line the shelves that run around the entire store, which Steve opened in June 1988. David Bowie is a mainstay on the speakers, and Batman: The Animated Series is usually playing on the tiny flat-screen. One wall is dedicated to children's artwork.

"Some customers he's had for 26 years told me that they were eleven when they started to go to his store," Carla says. "And they've been going back ever since because of the kind of person that he was. He welcomed them, he knew their name, he remembered what they were looking for."

Before Free Comic Book Day in May, Koch told Daily RFT that comics were a great way to get children, or even lapsed adults, to start reading again.

"Comics are a natural positive augment in getting kids to read more," Koch said. "While the comics certainly still are collectible, the focus has largely shifted to letting people see that many comics are extremely well-written and entertaining. They really are for folks of all ages. There are few things more enjoyable than seeing the wonder in a young child's face when they discover this world of imagination."

Steve started reading comics when he was six or seven years old. In high school he lost interest, but rekindled his fire for fantasy shortly after a comic store opened in Lincoln, Nebraska, where he's from. He dug out the couple thousand books from his childhood and started collecting again. Pretty soon he amassed 35,000 books, moved to St. Louis with Carla, and they opened up shop.

And though comics were Steve's passion, his family came first.

"He was a great husband and a great dad, and I can't reiterate that enough," Koch says. "His children were his delight."

Here's what some of his customers and friends had to say about Steve:

@MaxOnMovies @ComicHQ just heard Steve passed. He was a truly genuine person. Friendly and outgoing is hard to find, but he was.

StL has a lot of great comic shops. But @ComicHQ was mine b/c Steve made it feel like it was mine, and yours, and everybody's. RIP.

StL has a lot of great comic shops. But @ComicHQ was mine b/c Steve made it feel like it was mine, and yours, and everybody's. RIP.

Steve Koch gave me David Bowie for my birthday. He let me play Lou Reed in the store and was one of my favorite people ever. Best Boss RIP