Missouri Ranks 7th in U.S. in Rate of Women Murdered By Men: Study 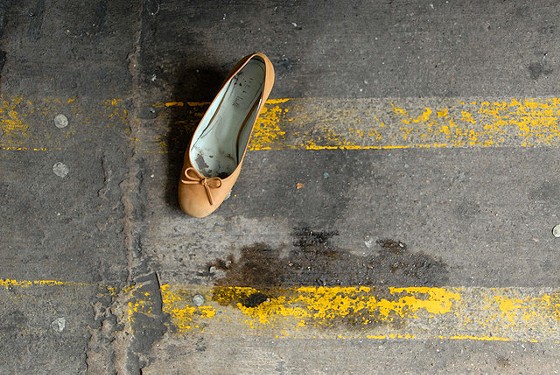 For the third time in five years, the Washington, D.C.-based Violence Policy Center ranked Missouri one of the states where men murder women at a higher rate. This year we're No. 7, with about 1.73 homicides for every 100,000 people.

The center has been running the study since 1996, and it's only in the last several years that Missouri has started appearing regularly on the list.

"I think that's an indication that Missouri could do more to prevent homicide against women, and in particular, domestic homicide," says Kristen Rand, legislative director at the VPC. "One of the major reasons we do the study is to raise awareness within states to the fact that they have a problem."

Here's how the figures broke down for 2012 according to the report "When Men Murder Women":

"Internally when we saw it, the first thought was, this week is the twentieth anniversary of the Violence Against Women Act, and yet in the middle of all the celebration...it really kind of reminded us up of how much work we still have to do," says Emily Truscott, communications director for the Missouri Coalition Against Domestic & Sexual Violence.

The Violence Policy Center gets its statistics from the FBI, while Truscott says they rely on numbers from the Missouri State Highway Patrol. According to the troopers, there were 70 domestic-violence-related homicides in 2012, although those figures include the deaths of male victims as well (18 total).

The report also urges states to pass more laws that would make it illegal for those with domestic-violence convictions or active orders of protection to purchase or possesses firearms. Women killed by their intimate partners are most likely to be murdered with a firearm -- more than any other means combined, according to one federal study.

"Last year we saw six states pass new laws to protect women from domestic homicide. That's basically a big point of the study, is there are things that can be done to prevent this," says Rand.

Truscott says that there were two bills in the last legislative session that addressed access to firearms in their amendments -- House Bill 1439 and House Bill 1530. Both were pro-gun-rights bills (that ultimately failed to pass), but Truscott says it's interesting to see that their authors and sponsors felt it appropriate to add language to make it harder for domestic abusers to get their hands on firearms.

"Clearly our legislators saw a link there if they saw a need to put these amendments on those bills," she says.

Update: We just heard back from Missouri State Highway Patrol's senior Criminal Justice Information Services manager Kyle Comer and he thought it was important to clarify that although the figures posted by the VPC basically match his own, not all of them were designated as incidents of "domestic violence." Rather they are all incidents of homicide involving a single male and a single female.

"By my count, the law enforcement agencies in Missouri only reported 22 such single female victim/single male offender homicide incidents with the circumstances listed as "Domestic Violence" in 2012," Comer writes. "22 female victims equates to a 0.72 rate per 100,000 females per 2012 US Census estimates - good for a much lower state ranking of 38th overall."

Senior policy analyst for VPC Marty Langley says that that's true -- but that the point of the study and the ranking is to highlight all incidents of murder by a male of a female, regardless of the circumstance, whilc acknowledging that often the root of the violence is domestic abuse.

"We wanted to look at homicide victimization among females. Domestic violence is a piece of that but it's not the only thing were were looking at," he says.