Love for Van Halen, Dirty Dancing Ranks Missouri at No. 5 for 1980s Nostalgia

Do you still wear slap bracelets, bubble necklaces or jellies? Do you have to blow on your video games before they'll play right? Have you used a Skip-It in the last year?

You may be part of the reason why Missouri ranks at No. 5 when it comes to having serious nostalgia for the 1980s.

The states most nostalgic for the glory of the '80s seem clustered around Illinois, which ranked No. 12, in the Midwest and Appalachia. (The West Coast must have left its love for the '80s buried inside a Trapper Keeper somewhere.) 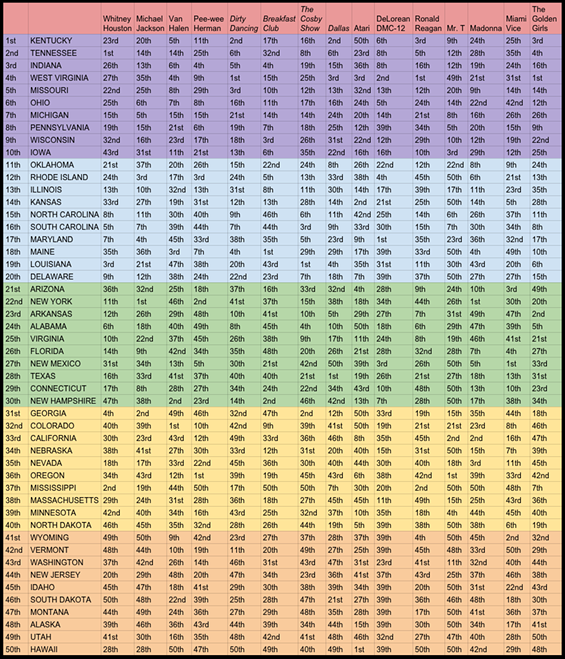 The Show-Me State is especially keen on four 80s icons: Dirty Dancing (we ranked No. 3), Van Halen (No. 8), Madonna (No. 9) and The Breakfast Club (No. 10). Missourians were least enthusiastic about the Atari, coming in at No. 32.

Missouri's love for Van Halen runs deep: We care more about Van Halen than we do about Ronald Reagan, Madonna, Michael Jackson or Whitney Houston, the study says.

Missouri also prefers the Golden Girls to The Cosby Show or Dallas.