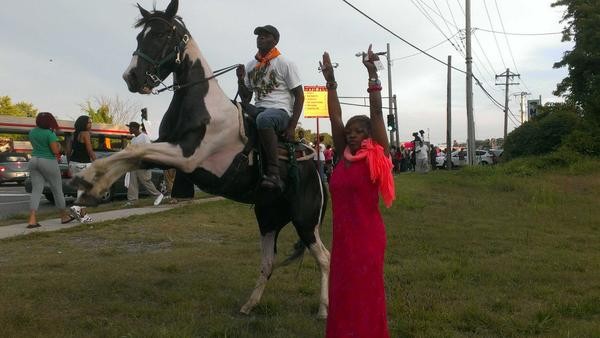 The last time we heard from Django, Ferguson had experienced its first night of calm after four days of unrest after Michael Brown was killed.

Without tear gas in the air or canisters and broken glass littering the ground, Django, of Florissant, was able to ride his horse Shiloh through Ferguson to honor Brown where he died -- a tradition he's held since his own nephew died too young.

"Whenever teenagers lose their lives, I do a ride," Django tells Daily RFT.

See also: Honoring Michael Brown: Why One Man Marched in Ferguson on Horseback

Django is back in the news today for exactly the reason you'd hope from a man on horseback. With the help of his trusty steed Shiloh, Django helped Ferguson Police track down and arrest a robbery suspect Monday.

Django and a friend tell the St. Louis Post-Dispatch they were riding to honor Brown when they heard a cry for help. Nearby, a teenage boy said his cellphone was stolen at gunpoint.

Django and his friend chased the two suspects and helped police catch one.

Post-Dispatch photographer Huy Mach caught the action as it went down:

Happening now in #Ferguson, citizens on horseback try to help police track down a teen who stole another's phone. pic.twitter.com/ETIyAMk4eO

Props to Shiloh, his horse friend and that police dog for helping us humans out. 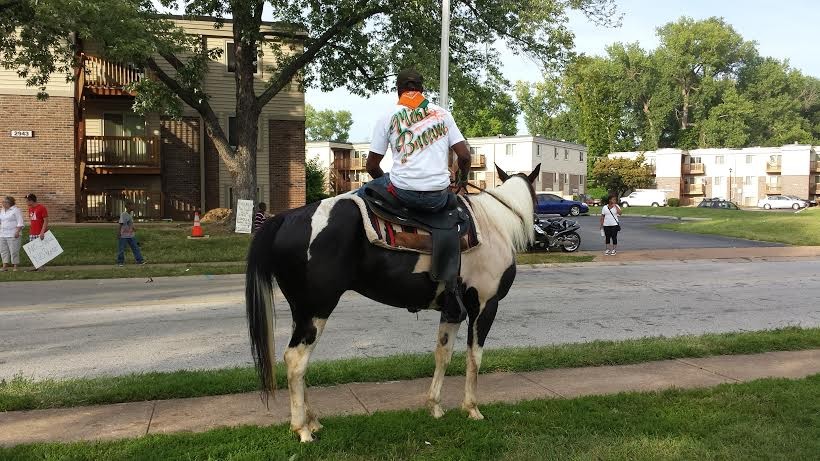