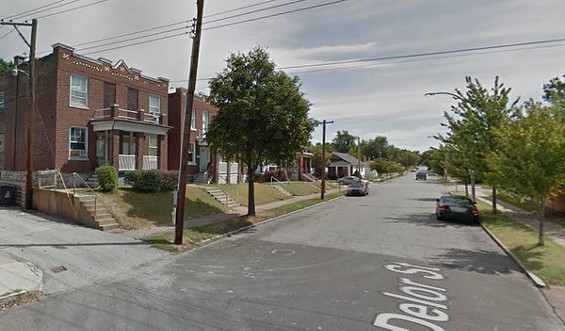 A drunken argument turned violent late Sunday night when a man punched a woman and then attacked the man who tried to stop him, according to St. Louis Metropolitan Police.

The men and woman were intoxicated when an argument broke out at 11:30 p.m. in the 3500 block of Delor Street, near South Grand Boulevard, according to police. The suspect, a 51-year-old man, punched the 53-year-old woman.

Another man, 52-years-old, tried to stop the suspect from hurting her, but the suspect wrapped his arms around the man's neck and stabbed him multiple times in the chin.

Both victims were able to escape, and the suspect was arrested. The male victim is in stable condition at the hospital.

The victims reported all subjects were intoxicated when an argued ensued and the suspect punched Victim #1. Victim #2 attempted to intervene between Victim #1 and the suspect but the suspect wrapped his arms around Victim #2's neck and stabbed him multiple times in the chin. Both victims were able to flee the scene and contact this department. Victim #2 was conveyed to a hospital and listed as stable. The suspect was taken into custody. The investigation is ongoing.