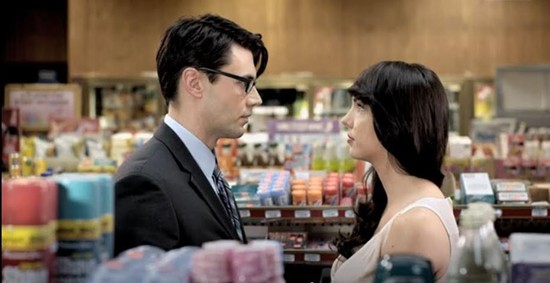 In the past, the greatest film parodies were crafted by professionals. This is Spinal Tap, Airplane and The Naked Gun offered the highest-quality mockery money could buy, while sketch-comedy shows like SNL married production values with the funniest comedians in the world. Then the Internet came along, and parody videos exploded.

Matthew Newlin and John Reynolds want to celebrate those short-form parodies by putting them on a big screen. The two St. Louisans are organizing the first ever Sham Film Festival -- opening October 24 -- as a showcase for short-form film parodies that inhabit YouTube and sites like College Humor and Funny or Die.

"I kept seeing all these videos posted online, the fake movie trailers, the spoofs that people do themselves -- but they're excellent," says Newlin, 31, who came up with the idea for the festival about a year ago. "The quality and creativity and the originality is there, and these people are filmmakers that are not getting their due. Let's give them some attention." 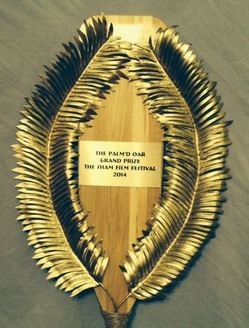 A film critic for Playback STL who works in Washington University's financial-aid office, Newlin is far from the only movie buff who's crafting a film festival for the Internet age. Last month, for example, the Contemporary Art Museum St. Louis hosted the Internet Cat Video Festival.

"I thought it would be really funny to finally watch these parodies in a theater together rather than just share them online," says Newlin.

"Comedy is very relatable," adds Reynolds, a 44-year-old a trial lawyer who fell in love with filmmaking by way of St. Louis' 48-hour Film Project. "You may find people that don't like science fiction, you may find people who don't like drama, but it's weird to find someone that doesn't like comedy."

With the September 1 deadline for submissions fast approaching, Newlin and Reynolds say they've so far picked five films for the official slate, and they'll be rounding out the final lineup in the next week or so.

Judges will select a winning film, which will net some talented auteur a spiffy trophy and $250.

The festival itself will be hosted by New York City comic Graham Eason Nolan, who'll be playing a Daniel Tosh-style role to introduce each film.

"I want to have a format for the event that's a little bit more reverent than just simply showing up and watching a movie," says Reynolds. "It really need to be a blend. What I don't want it to be is Bob Saget on America's Funniest Home Videos."

Even so, Reynolds says he hopes the debut will approach the reception St. Louis gave last month to the Internet Cat Video Festival.

"We're managing expectations," he says. "Right now we've set them somewhere above Internet schlock. So hopefully we'll beat that." He laughs, and adds, "I don't know if we'll get to cat level."

True, cats still rule the Internet (and possibly the world), but that doesn't mean Sham can't rise to the occasion. We asked Newlin to send us his favorite examples of the kind of short-form parodies that inspired the festival, and he did not disappoint. Here are his top four:

Newlin: "This commercial parody is flawless in its execution and ingenious in its creativity. I've watched it at least two dozen times and laugh every time."

Continue for the rest of the Newlin's favorite short parodies.

Newlin: "Showing just how creative a filmmaker can be within a given genre (a movie trailer spoof, for example)."

Newlin: "This isn't a spoof so much as a brilliant homage to one of the best TV shows of all time."

Newlin: "A great mockumentary of reality TV and the hipster lifestyle."

The Sham Film Festival starts Friday, October 24, 2014 at Winifred Moore Auditorium on the campus of Webster University in St. Louis.