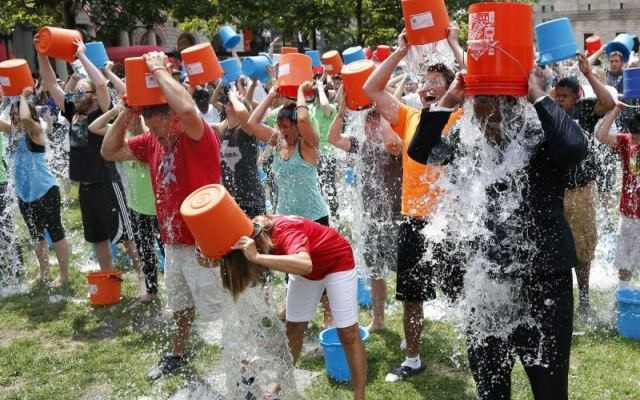 Are you one of the countless philanthropists taking on the ice-bucket challenge and donating to the ALS Association? The Catholic Church says you're doing it wrong.

The St. Louis Archdiocese has released a statement urging Catholics to donate to a research organization that doesn't support embryonic stem cell research.

"Not one to pour cold water on a fun fundraising idea, the Respect Life Office of the Archdiocese of St. Louis is asking people who are taking a popular 'ice-bucket challenge' to direct donations to an alternative source that funds morally acceptable research for a cure," says Joseph Kenny, a writer for the archdiocese, in the statement.

The archdiocese isn't asking followers to refuse the ice-bucket challenge. Several Catholic school principals, the director of the archdiocesan vocation office, the superintendent of Catholic education and others in the church have subjected themselves to an icy dousing to raise money to fight ALS, also known as Lou Gehrig's Disease.

But instead of donating to the ALS Association, Catholic officials would rather you donate to the John Paul II Medical Research Institute in Iowa City, Iowa, which does not participate in embryonic stem cell research.

Gettin' All Religious Up in Here
Prev
Next