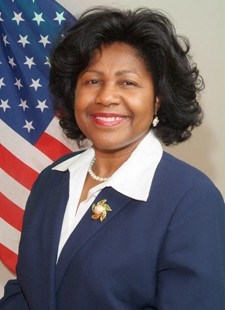 The following letter to the editor comes from Darlene Green, comptroller for the city of St. Louis:

I feel very deeply for the mother and the entire family of Michael Brown. No parent should have to grieve the loss of their young son at the hands of an overzealous police officer. There's no acceptable state of mind for an armed police officer who's sworn to protect and serve a community to ignore the universal sign of surrender by an unarmed human being -- hands up in the air. I also feel for the officer whose life has forever changed; but nonetheless, I want justice for this apparent crime.

Michael Brown was left dead, lying on the ground in the middle of the street in his neighborhood while the officer responsible for shooting him was allowed to flee the scene. That image seen around the world gives credence to the notion that black people in this country are seemingly at war with the police: Driving while black; Walking while black; Living while black.

Black teens are not the only kids that are found walking in the middle of the street who are stopped and questioned by police. White teens are stopped as well. According to a friend of mine, his teenage son who is white was stopped by a police officer in much the same way as Michael Brown -- walking in the middle of the street in a suburb of St. Louis. The young white teen was questioned by the officer, asking who are you, where do you live, and who are your parents. Then, this young teen was given a ride home -- delivered safely to his parents. Quite a contrast from what happened to Michael Brown and countless other black men and boys. Far too often in this country, a ride to the morgue follows black teen/police encounters.

On any given Dr. Martin Luther King, Jr., weekend at the Old Court House you might have heard me speaking to the community about gun violence, urging our young black men to stop killing each other, stop the violence, and to put down the guns. We have to continue to uplift our youth and help them to believe that they have a future. I'm always working to support ways we can provide funding for youth jobs, job training and recreational opportunities. I stand with the police who want to serve and protect. I want community policing to benefit all citizens.

I strongly believe that we cannot go forward from this terrible tragedy in Ferguson without all of us working to achieve a transformative change. Finding justice in this situation is our first order of business. In moving forward, I believe police across the country must take a hard look at their respective forces to retool and retrain them in an effort to stop the senseless killing of unarmed black men and boys. For example, as a first step, arming the police officers with body cameras and police cars with cameras must be mandated and implemented immediately. Then, there must be tough penalties presented for police who engage in this behavior to keep these incidents from happening.

And finally, we must be encouraged. The black community must continue to hearten one another to engage in efforts that will uplift and support ourselves Living While Black.