By The Numbers: 93 Percent of Protesters Arrested Monday Night Aren't From Ferguson 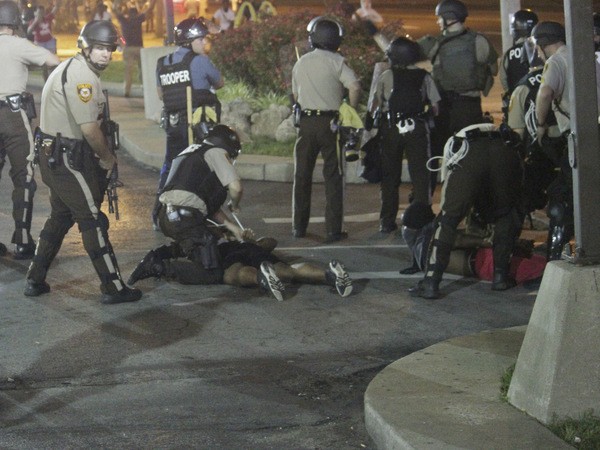 Of the 52 people arrested by St. Louis County police in Ferguson during protests Monday night and early Tuesday morning, only four are from Ferguson.

Most were arrested on the charge of refusal to disperse, says St. Louis County Police spokesman officer Brian Schellman. Police arrested one person on suspicion of possession of a controlled substance, two for having active warrants or failing to appear at a court date, and one for interfering with a law-enforcement officer.

Another 47 people were arrested during protests Tuesday night and Wednesday morning, according to the New York Times, though demonstrations were much more peaceful than the night of gunshots and tear gas that rocked Ferguson on Tuesday.

Here's a breakdown of the people arrested between 8 a.m. Monday and 8 a.m. Tuesday: