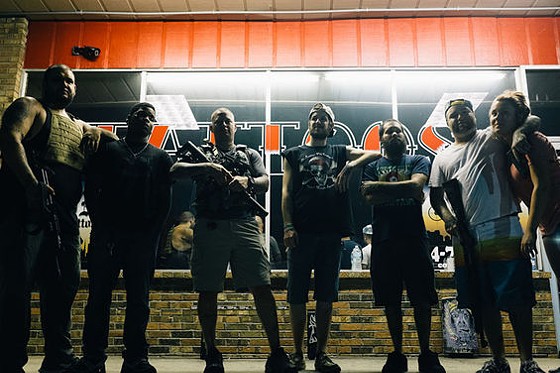 Nobody is robbing St. Louis Ink Tattoo Studio anytime soon. Or County Guns, for that matter.

The two north-county businesses share a storefront in a Florissant strip mall less than ten minute drive from the epicenter of last night's riots in Ferguson. After nightfall, what began as a community's peaceful demonstration against the Ferguson Police Department's shooting of unarmed 18-year-old Michael Brown turned increasingly violent. Crowds plundered a QuikTrip and burned it to the ground, and local news began reporting brazen raids on other stores in the area.

After hearing of the roving bands of looters, Mike Gutierrez knew he had to protect his tattoo shop. He brought a posse with him, including Adam Weinstein, owner of County Guns, who was acutely worried about criminals getting their hands on his merchandise.

"We didn't want them coming in here and then running around with a bunch of free guns," Weinstein told Daily RFT when we arrive at the store around 12:30 a.m. this morning. Weinstein was outfitted with an assault rifle, pistol and tactical vest. Gutierrez cradled his own rifle in his hands.

Gutierrez, Weinstein and their group arrived to find thieves tearing through a Dollar General in the same strip mall that houses their business. Weinstein says the looters attempted moving toward the shop, but were scared off by the guns. Then the police arrived.

"There were like two SWAT vans, two dozen cop cars," said one woman. The cops apparently checked out the situation and then tore off to some other crisis.

"It is what it is," said Gutierrez, summing up the situation. He adjusted the straps on a Kevlar bib that looked cartoonishly tiny compared to his bulk. "People just got too into their emotions."

Not all north county business owners had the luxury of taking such a philosophical approach to the chaos. At the other end of the same strip mall that houses Gutierrez and Weinstein's business, 53-year-old Silas Chung arrived at his women's clothing store, Up N Up Fashion, to find a pane of glass shattered and a mannequin lying on its back in the parking lot.

Inside the store, racks of newly stocked clothing had been stripped bare. Chung has endured a couple burglaries in the past nine years of running the store, but nothing comparable. 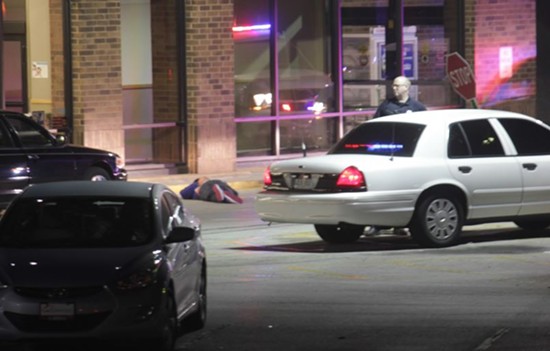 At least twelve businesses were hit by looters over the course of the night, reports KSDK. Daily RFT counted about a half dozen other store owners standing guard at their businesses, though none as visibly armed as Gutierrez and company. Some owners peered out from inside darkened shop windows, while others waited inside their cars in the parking lot.

Arrests continued throughout the pre-dawn hours. An attempted break-in at the Shop 'n Save on North Florissant Road -- less than three miles from the destroyed QuikTrip -- ended with police detaining a man and tying him up. He or other looters also broke into a nearby Cricket Wireless.

The action appeared to calm by around 5 a.m. Police said they made 32 arrests during the riots. 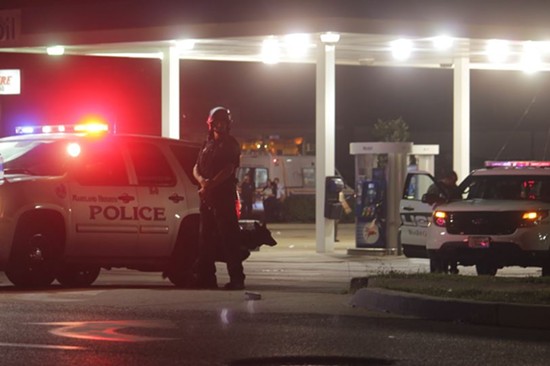 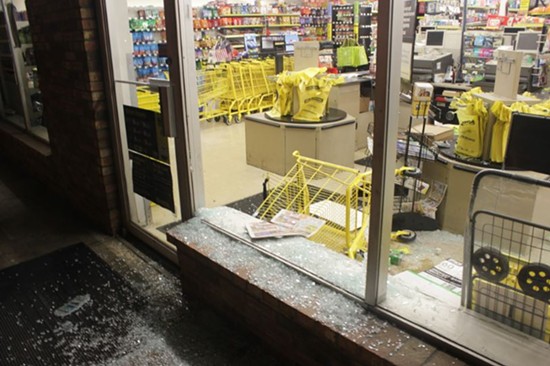 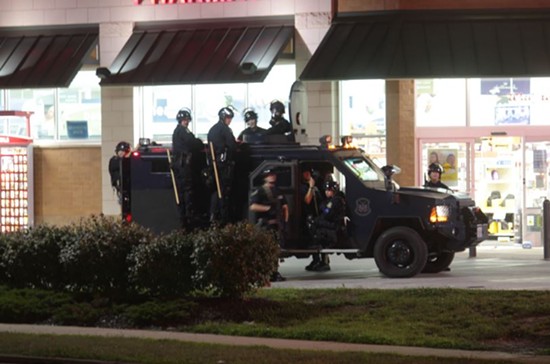