Too Good for Goodwill? Eureka Blocks Proposed Goodwill Store By Doing Nothing 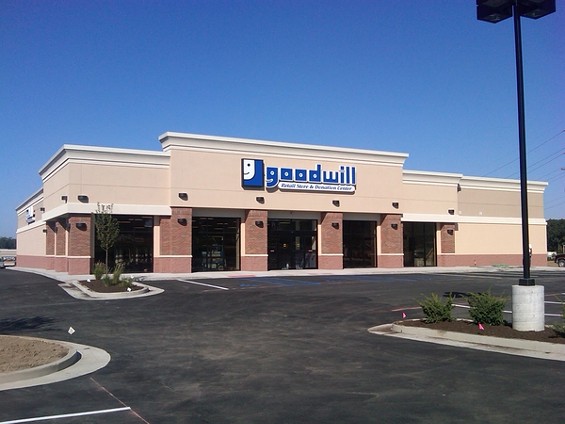 With silence and obtuse inaction, Eureka city government is preventing MERS Goodwill from opening a store in the town.

Goodwill officials say they've never experienced such a resounding-yet-mysterious refusal to their stores, which they say create jobs, bring shoppers to the area and support their mission to help the unemployed. Chief of staff Dave Kutchback says he hasn't seen a community reject Goodwill like this in the thirteen years he's been working there.

Technically, the Eureka Board of Aldermen hasn't approved or rejected anything. Rather, the board just avoids the issue entirely by keeping it off the aldermanic agenda. When the bill to bring a Goodwill store to Eureka did make it on the agenda at the July 15 meeting, it died for a lack of motion.

See also: Big Changes Coming to the Mark Twain Hotel, Once a Safe Haven for City's Most Troubled

Eureka is "the only community that has decided not to respond to our request to have a store," Dawayne Barnett, Goodwill's chief financial officer, tells Daily RFT. "Right now, we have no idea what they want to do. We are waiting for them to make a motion to either assess the store and allow us to build or not assess the store."

It's not unheard of for a community to be trepidatious about a new Goodwill store opening. Kutchback says some municipalities are worried a new store will be an eyesore, but an artist rendering of the future building usually puts people at ease.

That's not the case here, although city officials are keeping silent about what the issue really is. According to Eureka-Pacific Current News Magazine, sources familiar with the situation say city officials don't want people who work or shop at a Goodwill store to come to Eureka.

"Eureka city officials are concerned about the type of people working in the stores and what type of people it brings into town," writes Current's publisher Michael Kircher.

At a board of aldermen meeting Tuesday, the St. Louis Post-Dispatch flat-out asked Alderman Bob Kee if Eureka is "too good" for a Goodwill.

"That's ludicrous," Kee responds. "My wife goes to Goodwill all the time." Eureka residents, including a group who submitted a petition against the Goodwill at Tuesday's meeting, say they oppose the store because it doesn't pay taxes due to its non-profit status.

"We've heard from other sources, not the aldermen, that they are concerned that we don't pay sales tax and we don't pay real estate tax because all of our money is going back into our services," Kutchback says. Goodwill helps people with barriers to employment find jobs through career counseling, skills training, education and literacy programs, employment services and more.

Kutchback says a new Goodwill store could benefit the Eureka community in ways that are worth its tax-exempt status, starting by hiring at least 21 people to staff the store and paying more than $500,000 in salaries.

"Those are jobs in a community, and usually when someone earns money, they are spending it in their surrounding community," says Kutchback. ""We hire people that then have money in their hands to go out and buy stuff. That helps generate revenue for a community."

"It's not unusual for lots of retail developers" -- including those behind the new Walmart in Shrewsbury -- "to call us and want us to be a part of their development because they know that we are going to bring in shoppers to that retain that development," says Kutchback.

Goodwill will have another opportunity to plead its case at the next aldermanic meeting on August 19.