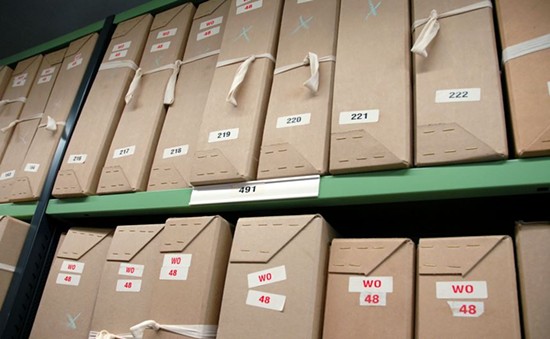 Stealing private data is big business. Just ask the millions of Target customers whose credit card numbers were swiped by hackers in 2013.

But as Franklin County Recorder of Deeds Sharon Birkman found that out last month, stealing public data can be pretty big business, too. She claims 87,000 property records were copied from the county's servers and likely sold at profit by LPS Real Estate Data Solutions.

"This company is stealing tax payers' information," says Birkman. She tells Daily RFT that she was deposed three weeks ago by lawyers from Fidlar Technologies, the software company that runs Franklin County's online data access program. Fidlar first informed her of the alleged theft back in March 2013, but she says she didn't know the exact number of documents taken until her deposition.

"They called me, and told me they were certain that LPS was 'scraping my data without paying for it'," says Birkman, whose office oversees millions of digitized deed records going back to the 1800s.

"[LPS] signed an agreement that agreement stating that they will not sell to a third party," says Birkman. LPS apparently broke that agreement with Franklin County, as well as dozens of others across the U.S..

So what is data scraping?According to a lawsuit filed last year in U.S. District Court in Illinois, LPS is accused of improperly accessing recorders' office servers by way of a "web harvester," which allowed LPS to potentially copy millions of documents without paying a cent. According to the lawsuit, LPS's business model involves collecting massive amounts of public property data, combining it with third-party information and then licencing the resulting package to its customers. The collection is done "on a vast scale," as LPS has arraignments with 2,600 recorders' offices.

Much of that access goes through a digital middle man contracted by the recorders' offices. Birkman says 24 Missouri counties use Fidlar's "Laredo" program, which charges users to view, download and print various land-related records. Users can only view documents one at a time and cannot download the files without paying the county a printing fee.

As for Fidlar, they take a cut of the $400-per-month subscription fee charged to companies like LPS.

That process was apparently too slow (and expensive) for LPS. Fidlar's suit alleges that LPS dug into the Loredo's server protocols to create the web harvester, which allowed LPS to "scrape" the documents in bulk, right from the source. An audit by Fidlar found that LPS used this technique in approximately 74 counties in Illinois, Indiana, Minnesota, Missouri, and Wisconsin.

Fidlar is still in the process of collecting witness statements from recorders in the affected counties. An attorney for the company declined to comment, citing pending litigation.

Representatives from St. Louis County and St. Louis City recorders offices tell Daily RFT that while they do utilize Fidlar's Loredo program, LPS didn't scrape any of their data. It's unclear if other Missouri counties were affected.

The issue is far from over, but Birkman won't have to deal with it much longer. She's retiring after more than 20 years in the recorders' office.

Thankfully, Brian Nieves is ready to take her place. The bombastic former state senator is on the Franklin County ballot today, running for Birkman's position as Recorder of Deeds. When news of the data scraping broke last week, he took to Facebook to be "Super Extremely Clear" about why he's the man for the job: