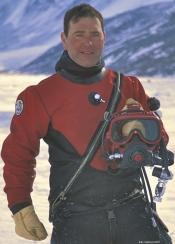 The way he describes it, Dr. Dale Andersen has the greatest job in the world.

"I fly to Antarctica, Ski-Doo to the mountains and go swimming beneath thick ice," says the explorer, diver and all-around scientific badass.

Andersen, who's speaking Friday at the St. Louis Science Center, is a senior research scientist at the SETI Institute -- the folks who spend their days searching, scanning and poking the universe for evidence of alien life.

Andersen's work involves hanging out beneath Antarctic ice sheets, an environment that would turn most living things into not-living things fairly quickly. But microbes thrive down there, which means they might be doing the same thing on some distant, frozen planet.

Ever since his college days at Virginia Tech the late 1970s, Andersen's fascination with brutally cold Antarctic ecosystems has been built on one question (paraphrased): Freakin' life, how does it work? Finding the answer, however, means investigating those places where life is pushed to its limits, what's called "exobiology" in science-talk.

Tracing Earth's earliest organisms pushed Andersen to pry into ecosystems that have been isolated from the rest of the world for tens of thousands years. For example, beneath Lake Untersee in Antarctica lies great expanses of microbes, the same hardy organism that first appeared on Earth over 3 billion years ago.

"It's like a postcard from the past," says Andersen, but he's not just referring to Earth. The same processes could very well have taken place on Mars.

"It's became obvious for us that Mars, even during its most temperate times, would have been very cold. What we try to do is start looking at the biochemistry, how you can go looking for that on Mars, and what kind of techniques are involved." 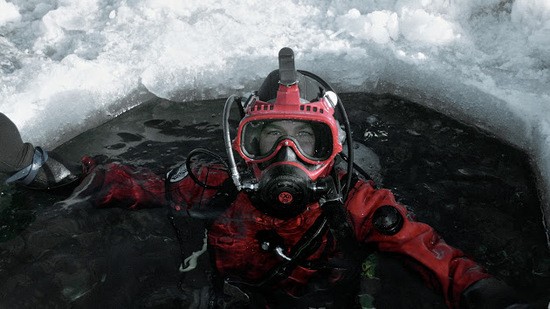 That's where the other researchers at the SETI Institute come in. Their telescopes and sensors search the sky for signals from other civilizations, and those scientists get especially giddy when they discover planets circling solar systems of their own. The planets that aren't too close or too far away from their suns -- adorably termed the Goldilocks Zone -- are the places where humanity might finally find an intelligent friend in the universe.

"When you look up in the sky and look at the stars, almost every single blink of light that you see up there probably has planets going around it," says Andersen. "What that tells us is that planetary formation is probably a very common thing in the universe, and that really does increase the odds for the evolution of life on all these other planets. It's a crowded universe, and we just need to look and listen for them."

If you'd like to look and listen to Andersen, he'll be dishing out secrets of Antarctic life and the possibilities of alien biology at the St. Louis Science Center on Friday.