"Save Yourselves": Mysterious Sign Pleads for Peace After Shooting Kills Man at Picnic 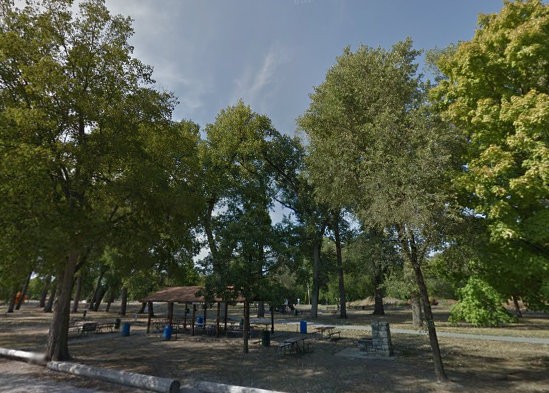 Even in a place like St. Louis, where gun battles all too often claim the lives of the players involved and the civilians on the sidelines, the shooting that killed a twenty-year-old man at the University City High School alumni picnic was heartbreaking.

What was supposed to be a pleasant summer afternoon reliving high school days with other alumni in Heman Park turned deadly by early evening. More than 1,000 people were still in the park when gunshots rang out, killing Mario Wallace, 20, and injuring a 39-year-old man.

In an anonymous gesture that seems remarkable in light of the near-constant violence facing some St. Louis neighborhoods, someone left an improvised sign in Heman Park, at the site of the killing. Written clumsily in marker on cardboard, the sign signals a desperate need to have a vital message -- "Put down the guns and save yourselves," -- read by anyone who could still choose a path without guns, killings and violence. To all of our youth, you are killing one another. You have put the KKK and some of the corrupt police out of business. You don't own any blocks, territory, hoods. Stop acting like animals and start to behave like the Gods that you are. Put down the guns and save yourselves. PEACE. R.I.P. Mario