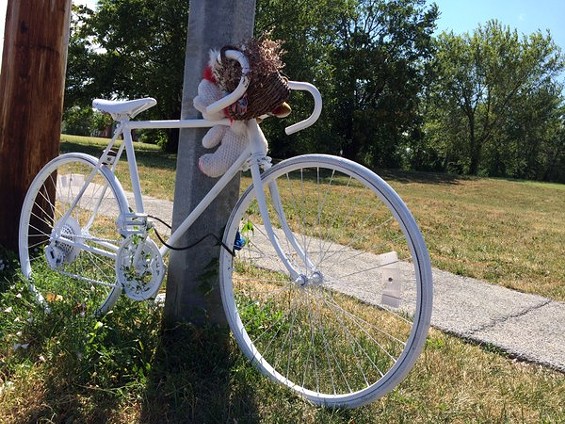 It's been 39 days since a hit-and-run driver killed cyclist Rick Beard, a 54-year-old, safety-conscious biking enthusiast.

The biking advocates at St. Louis Bicycle Works know exactly how many days it's been. For every day that passes without charges filed against the person who turned himself in to police in connection with Beard's death, the group tweets to the Circuit Attorney Jennifer Joyce, pressuring her to take action and reminding her that they're watching.

31 days and still no charges against the driver that hit, killed local cyclist. @JenniferJoyceCA

The delay is particularly frustrating to cycling enthusiasts -- many of whom have their own horror stories of being hit or almost hit by a car -- because Beard's bike had a working camera that recorded what happened after he rolled through a stop sign around 8:45 p.m. on June 20 at Sarah Street and Cook Avenue. 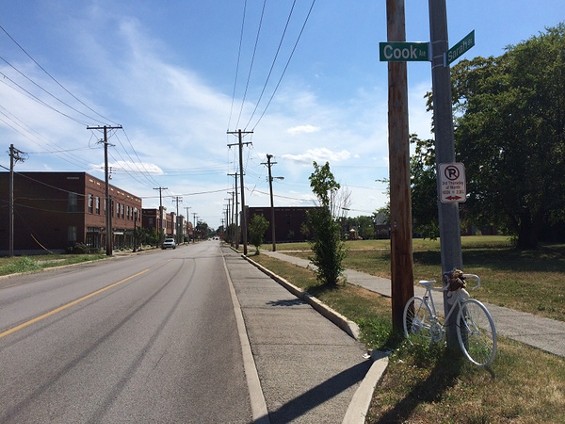 If Beard recorded his own death, cyclists around the city are asking, why hasn't the Circuit Attorney filed charges against the 27-year-old man who surrendered to police a week later?

Susan Ryan, spokeswoman for the Circuit Attorney's Office, doesn't offer any concrete clues, but says her office and the St. Louis Metropolitan Police are still actively investigating the hit-and-run and that there's more evidence to collect before filing charges.

"Police are doing accident reconstruction, seeking as much evidence as they possibly can," Ryan tells Daily RFT. "As soon as they bring over sufficient evidence for us to charge this case, we will."

.@StlBicycleWorks No matter how tragic the case, we don't file charges based on days elapsed, we file them based on evidence.

.@StlBicycleWorks As you are aware, this matter is still under investigation.

.@StlBicycleWorks When and if @SLMPD provides sufficient evidence, we will pursue charges.

UPDATE: Here's the full police report from the incident:

The victim was riding his bicycle traveling north on Sarah at the intersection of Cook. As the victim proceeded through the intersection, he was struck by the above described vehicle. The vehicle fled the scene at a high rate of speed. The victim was pronounced deceased on the scene. On 6/21, the suspect vehicle was recovered in the 4700 block of Kensington. The investigation is ongoing.