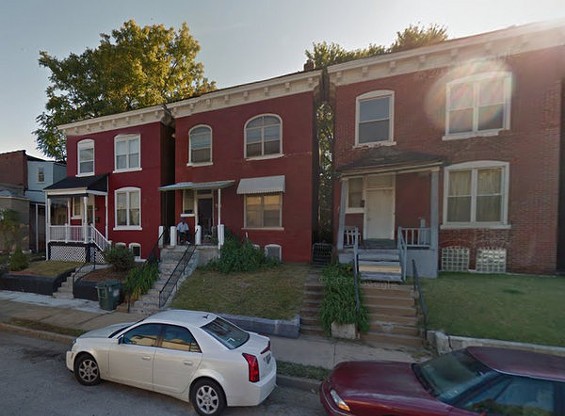 A St. Louis real estate developer burned down the home he sold to his girlfriend and their child and laundered the insurance money through his businesses, according to the U.S. Attorney's Office.

In 2010, McGee sold the home he owned at 926 Bayard Avenue, in the Fountain Park neighborhood, for $100,000 to a woman with whom he had a relationship and a child. He'd bought the house just two years earlier for a tenth of the price.

In the early morning hours of February 27, 2012, McGee caused a fire at the house, according to the U.S. Attorney's Office. The owner was not at home, but St. Louis Metropolitan Police officers spotted McGee in the area at the time of the fire.

The owner had a homeowner's insurance policy from State Farm that covered the property in case of a fire, and in October 2012, State Farm sent the owner a check for $88,265.

After paying the insurance adjuster, McGee took the check for the remaining $80,265 -- which was made out to his company, Nationwide Lending -- and deposited it into a new account. When State Farm asked for the check back, McGee transferred $55,000 of the funds into two other accounts he controlled.

If convicted, McGee faces some serious jail time. The arson charge carries a ten-year mandatory prison sentence, mail fraud carries a maximum twenty-year sentence and/or fines up to $250,000, and money laundering carries a maximum of ten years in prison and/or $250,000 in fines.