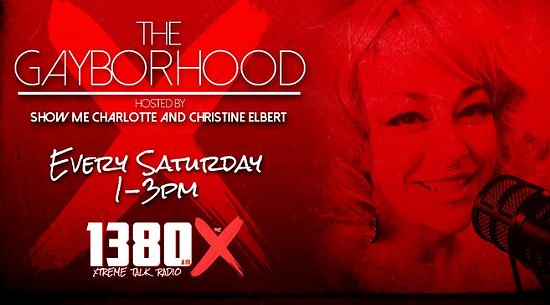 June 2014 is turning into one the weirdest months in St. Louis radio history. It's got a bit of everything: An in-studio fistfight between KFNS/KXFN president Dan Marshall (now resigned) and radio host Brian McKenna? Check. An FM music station playing Rick Astley's "Never Gonna Give You Up" on repeat for an entire freaking week? Double check.

Thankfully, the next big change to hit St. Louis' airwaves isn't another frat-rock channel suffering an untreated testosterone overdose (we're looking at you, 103.7 FM). Rather, it's KXFN 1380 AM's newest weekend segment, The Gayborhood, the city's first ever commercial talk radio show aimed at the LGBT community.

"There really aren't a lot of gay talk shows out there on commercial radio, if at all," says Christine Elbert, who'll be making her Gayborhood hosting debut at Pride Fest this Saturday alongside her co-host (and girlfriend) burlesque producer/performer Show Me Charlotte.

"The very fact that the show exists is going to be cutting edge and controversial to begin with," Elbert says.

See also: Boss Quits 590 AM "The Man" Radio Station After Host Punches Him Over On Air Insults 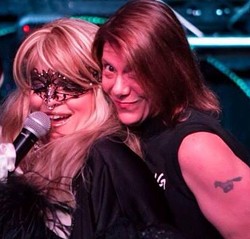 The show went live last weekend with something of a test run, a three-hour set which Charlotte hosted solo. It went so well that the honchos at 1380 AM "The X" (tagline: "Extreme Talk Radio") decided to bump the show to four hours, from noon to 4 p.m. every Saturday. Fittingly, that first show focused on coming-out stories, but Charlotte says she and Elbert to make the show as broad and diverse as possible.

"We're certainly not gay male experts, or trans experts," Charlotte concedes, but she says this is one of those rare cases where a talk radio host is better off admitting she doesn't know everything.

"That'll be part of the charm with Christine and I," she says. "we get to explore this as well with our audience, with our guests, and they can help educate us."

Charlotte and Elbert's vision for the show includes lots of positive opportunities (she hopes) for straight listeners to call in with all the painfully awkward questions they've been dying to ask about "the gays."

"We really want a space where people can ask those questions without the fear of 'Am I saying this perfectly?'" says Elbert, who serves on the board of the LGBT Center of St. Louis. "To understand it we have to say it, that's the important thing, let's get that question out there."

At first blush, "The X" seems like an odd spot for The Gayborhood to plant its rainbow flag: KXFN 1380 AM adopted its "Extreme Talk Radio" format earlier this month, playing up its shock-jock, Howard Stern-style with "Babe of the Day" and "Would You Rather" sections on its website. Dan Marshall, the stations' owner resigned after getting punched in the face. 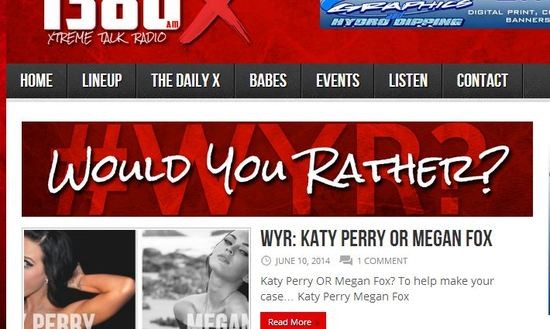 But Charlotte says the other show hosts at "The X" have accepted her and Elbert with open arms, even talking up The Gayborhood to their listeners, who in turn are calling in on the weekend.

"When I came in, I found that these guys who do the shows with the strippers, the babes, were incredibly welcoming," she says. "The point of the station is to do something extreme. We may not have that extreme button pushing format, but this has never been done before."

Charlotte and Elbert will be doing their show live from the Pride Fest this Saturday, from noon to 4 p.m. Charlotte says the show will include headliners from the drag and burlesque shows that she's also producing over Pride weekend. ("Drag queens give the best interviews," she says.)

"The thing that's great about the gay community is that we do the extreme, we do the political social activism, and then we also turn around and spend tons of time being absolutely fabulous," Elbert observes. She hopes to not only amplify the voice of the LGBT community, but to let straight folks in on the fun and fabulousness too.

"Anything that builds bigger bridges for conversation in the St. Louis community in general, I think is going to be one step further to making it a stronger city."