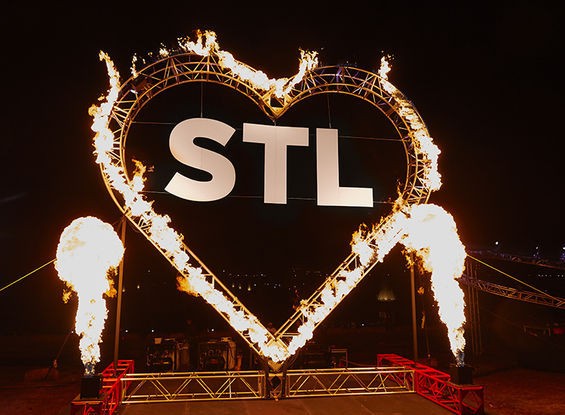 St. Louis' year-long birthday celebration is halfway over, and the stl250 campaign is starting to wind down.

Stl250's executive director Erin Budde has stepped down from her paid position to accept a new job at the United Way, leaving the group without any paid staff. Budde says stl250's biggest projects -- such as the birthday party on Art Hill in February -- are completed.

"If there were a full-time staff person, just given what needs to be done, they'd probably be underutilized," Budde tells Daily RFT. "We're pretty much done with our heavy lifting. It's a good time for a transition."

Budde will stay with stl250 as a director, volunteer and board member. The group also gave up its office space in the Missouri History Museum.

There is still work for volunteers to do, Budde says. Stl250 has 150 events on its calendar to promote and appear at, and six Cakeway to the West cakes still need to be placed. "We're very fortunate that we've got close to 200 committed volunteers who've been involved the whole time we've been around, but we can always use new energy," Budde says.

"It's still up and running, and we have a lot to do before now and the end of the year," Budde says.