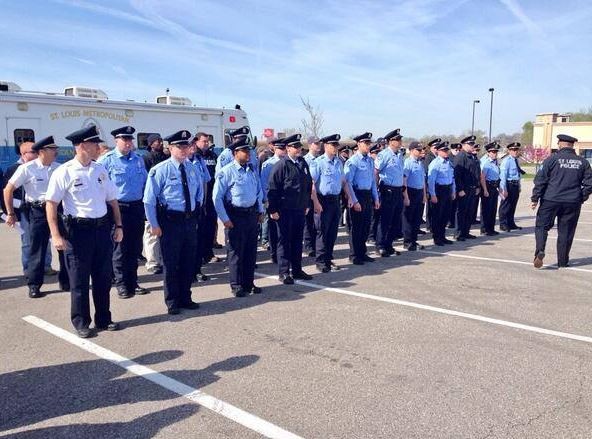 The St. Louis Metropolitan Police Department received $200,000 in grant funding for a drug task force that they say does not exist.

That might sound strange, but city officials tell Aaron Malin, a researcher for Show-Me Cannabis, the marijuana reform group, that they don't know about any so-called "drug task force." And that's despite several government records showing that grant money has been awarded to the non-existent drug task force and other records that tally the number of arrests the unit has made. These records were obtained by Malin via Missouri Sunshine requests.

Malin tells Daily RFT that he believes there can only be two explanations.

"They're deliberately misleading the public or worse, are genuinely ignorant," Malin says. "And that's more concerning because that means there's an armed task force running around St. Louis enforcing drug laws and, if history is any indication, in a manner that is somestimes violent."

So is the SLMPD hiding a drug task force? That sounds strange, given that there's nothing inherently controversial about having such a unit.

The inquiry started last November when Malin was looking over the different drug task forces around the state and saw that there was a separate DTF for the St. Louis Metropolitan Police Department. Interested in what this DTF does, Malin sent a Sunshine request to the SLMPD.

Mark Lawson, the Attorney Manager for the SLMPD, responded, saying that he doesn't know of any such unit.

See also: Missouri Drug Task Forces Seize a Lot of Money and Don't Keep Close Records Of Where it Goes

"The St. Louis Metropolitan Police Department, whose jurisdiction extends over the City of St. Louis, does not have a 'St. Louis Metro Drug Task Force,'" Lawson wrote, concluding that Malin might be confusing the City with the County, which certainly does have a drug task force.

What followed was a long and, for Malin, frustrating back-and-forth about whether or not the SLMPD has a drug task force.

Lawson wrote that he couldn't provide documentation of a thing that doesn't exist and that Police Chief Sam Dotson has never heard of any so-called "drug task force" in the SLMPD.

But it turns out that both Dotson and Lawson are named as principals on the SLMPD's drug task force, according to documents Malin acquired:

That's a lot of money to not know anything about. But there's more.

Below is an excerpt from a 2013 status report for the non-existent drug task force. It lists that the unit consists of 55 full-time police officers and most of its activity involves arresting people for drug possession, with the largest number of those arrests being for marijuana: 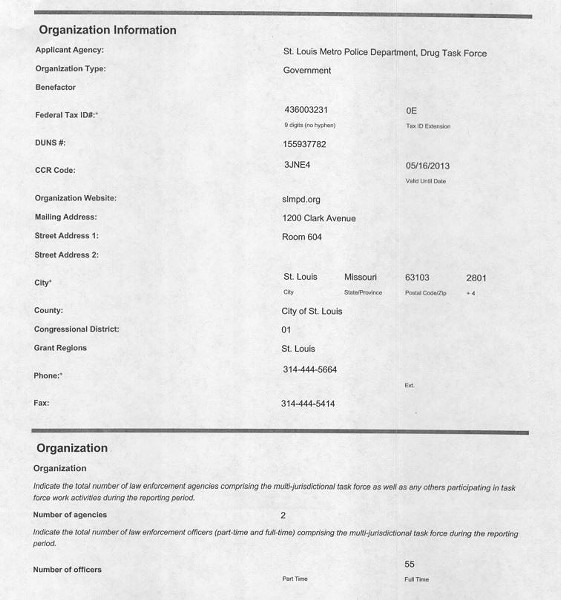 "To say the Chief of Police doesn't know what that could I be referring to is concerning at best because of the amount of authority and amount of money that they have no idea where it could be going," Malin says.

Lawson has yet to respond to additional requests for information from Malin. Daily RFT reached out to Lawson for comment, but have yet to hear back.

The documents definitely make it appear that there is a drug task force (or a unit just like it) and Malin is skeptical that the SLMPD is just trying to hide behind semantics.

We'll update when we get more information.