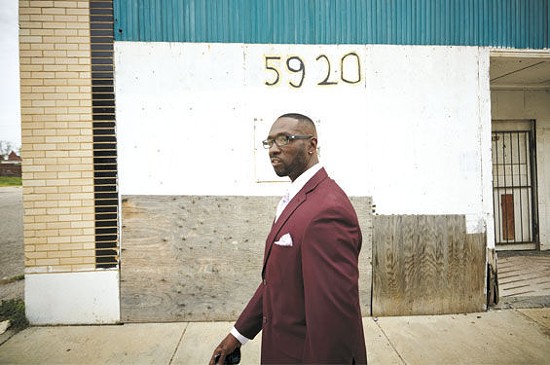 Melvin White's goals for Beloved Streets of America are about as pie-in-the-sky as they can get: He wants to rebuild the community and economy along one of the most blighted sections of Dr. Martin Luther King Drive in St. Louis, starting with the area around the BSA office on the corner of Hamilton Street.

As chronicled in a Riverfront Times feature story earlier this year, the nonprofit BSA has yet to start a major project and has struggled to attract the serious funding White's grand plans require.

This month, he finally got his wish: The National Fish and Wildlife Association and Wells Fargo is backing BSA with a $25,000 grant to construct a hydroponic garden in the vacant units within the BSA building.

"This is very important because of the lack of fresh fruits and vegetables up and down Martin Luther King Drive," White says, describing what community activists commonly refer to as "food deserts." Presently, many residents of north city St. Louis rely on gas stations and corner stores to meet their food needs.

The hydroponics garden is part of a larger plan to build a culinary school and cafe in the BSA headquarters. For now, White says, the money will go toward the first stages of rehabbing his building, although he says BSA is considering the roof or a nearby vacant lot as alternative garden locations. 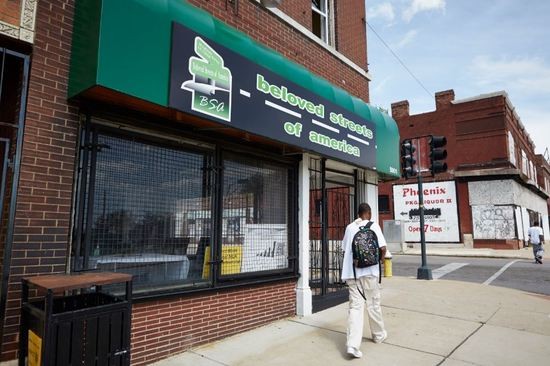 But the grant is significant for another reason: The BSA has attracted its fair share of skepticism and distrust, especially from some local aldermen who see White as an outsider. He hopes the grant will nudge the BSA's doubters toward cooperation.

"It's kind of slow motion," he says, describing the attempts to gather local political support for BSA's mission. "I hope that by moving forward, as people will start to come on board, we can let them know, 'Hey, we're not trying to take over anything. We're trying to make this a collective effort for the whole St. Louis.'"

BSA isn't only targeting St. Louis' MLK Drive. At its very grandest, White's vision for BSA includes the hundreds of other MLK streets across the county. He tells Daily RFT that in a few weeks BSA teams in other cities like Seattle, Tacoma, Chicago and Houston will become "links in the national initiative we have here."

To get a deeper look into the dire straits found along MLK Drive, as well as the full story of White's obsession to remake the street into something worthy of its namesake, make sure to read "He Has a Dream."

For information about BSA, including volunteer opportunities and the August 23 Legacy Walk honoring King and other civil-rights leaders, check out the BSA website and Facebook page.