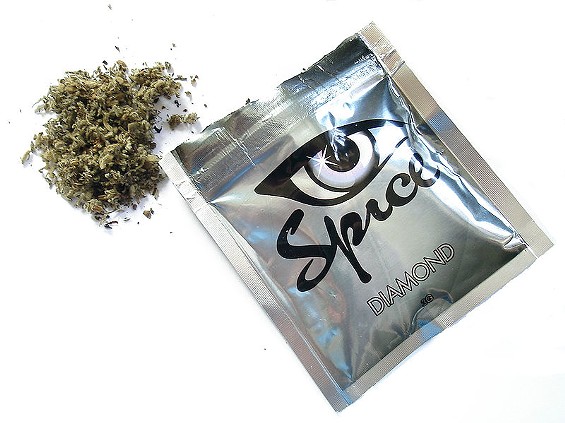 The drug ring imported chemicals with misleading labels and descriptions from China and other countries, according to four indictments filed in the U.S. District Court in the past month. Workers in the St. Louis area and in Indiana used the chemicals to make and sell drugs that resemble methamphetamine and marijuana, though with more dangerous side effects.

The indictments say the ring made synthetic cathinones, a "speed" type drug more commonly known as bath salts, by cutting the imported chemicals with laxative powder and giving the product a new name, such as Full Throttle, Fresh, Limited, Starry Nights, Twisted, Pump It and Blitz.

The drug ring also used the chemicals to make a synthetic version of marijuana by liquefying the chemicals in acetone, spraying them onto herbs and adding flavorings, such as "Tasty Puff." The drug, which is more powerful and unpredictable than marijuana, was sold under the names Mega Kush, Mad Hatter, Bayou Blaster, Avalon, Pirates Booty, Lights Out, Golden Leaf, DEEW, Cloud 9, Primo, Optima and Crazy Eyes.

People who use bath salts report side effects of hypertension, paranoia, anxiety and psychosis, according to the U. S. Attorney's Office. Synthetic marijuana also has dangerous side effects, including excessive heart rate, vomiting and seizures.

Though the drugs are intended to be smoked or snorted for a high, the ring purposefully mislabeled the drug packaging to "thwart drug-trafficking laws," according to the indictment. The packages said the drugs were "not for human consumption," and marketed the drugs as scouring powder, research chemicals, incense and novelty products with no clear instructions.

"Parents should not be lulled into a false sense of confidence that these substances must be okay just because they were purchased down at the corner gas station or convenience store," says United States Attorney Richard Callahan. "The bottom line is that these drugs are extremely dangerous, and the ingestion of these substances has led to serious medical consequences requiring hospitalization and even death and suicide."

Selling "Full Throttle" and "Pirates Booty" is apparently quite lucrative. Prosecutors also want the drug ring to forfeit more than $23 million in assets, including cash, gold and silver bars, houses and condos.

"These drugs can cause serious health problems or even kill those who ingest them," says James Gibbons, deputy special agent in charge for HSI Chicago, which oversees St. Louis.

Each drug conspiracy charge or money laundering charge carries a 20 year prison penalty and/or fines up to $1 million.