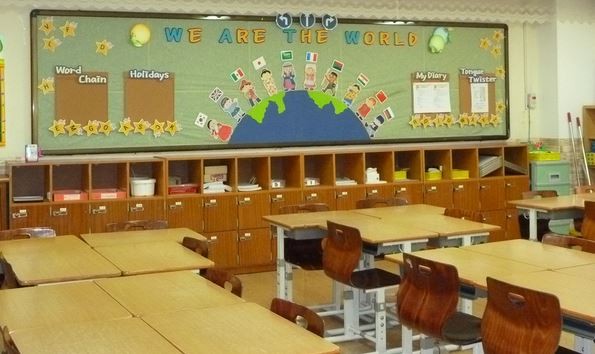 That seems to be the question at the bottom of the Student Religious Liberty Act, which would prohibit school districts from discriminating against students' voluntary expression of religious opinions, including in homework assignments. The bill passed the state legislature last month and is waiting for Governor Jay Nixon's signature (or veto), but critics say the bill is a rehash of existing laws and could, in fact, open the door to religious discrimination in the classroom.

"We want school board members to have a real clear understanding of the rights of students," says the bill's sponsor, Republican Representative Elijah Haahr. "We don't want students to be marginalized. Whether it's a Hindu viewpoint or a Satanist viewpoint, our goal is to make sure they have the same opportunities."

Haahr concedes that many of the components of the bill, HB 1303, are mirrored in existing state and federal laws, which already protect students' right to pray individually and in groups, wear religiously themed clothing or form religious clubs, among others things. While schools cannot require students to participate in school prayer or other religious activities, it also can't prohibit students from getting their God on if they're not disrupting classes or school operations.

The goal of the Student Religious Liberty Act, Haahr says, is to eliminate confusion by bringing these laws together on the state level. Though he can only site a handful of cases where students were discriminated against -- one Potosi teacher apparently told students "they were not allowed to have their Bibles out in the school" -- he thinks many more go unreported.

"This gives schools a clear place to go whenever a student speech issue arises. They can see, there's no gray areas."

But when Reverend Dr. David Greenhaw looks at the bill, all he sees is gray area. Even worse, he sees the potential for the law to create religious discrimination, especially when it comes to the teachers forced to evaluate the "voluntary" religious expression of their students.

"On its face, the intent of the bill is to secure religious liberty, but in primary and secondary education that kind of religious freedom actually invites the involvement of the teacher in the topic," he says.

Greenhaw, the president of Eden Theological Seminary in Webster Groves, has been sending op-eds to local news publications for the past few weeks while arguing against the bill.

He is particularly worried when it comes to young students. He wonders: If a third-grader expresses a religious viewpoint in an assignment, can anyone really expect the teacher not to make some kind of judgement call on the student's beliefs? Greenhaw says the law will put teachers -- especially those with their own religious viewpoint -- in an impossible position.

"Religious expression is not the same as other expressions, that's why it's protected in the Constitution," he says. "I love Christianity, this is why I want to speak out. I don't think religious perspective ought to be shaped the by the state. That's wrong. My worry is that's what's going will take place."

Greenhaw's concern is shared, in part, by Washington University law professor Gregory Magarian, who scoffs at Haahr's point about clearing up the "gray area" around the existing laws of religious expression in school.

"That's why we pay judges," he says. Magarian points out that unlike anti-LGBT discrimination, no one has shown anti-religious discrimination to pose a significant problem to Missouri. If Nixon signs the law, Magarian says the result could be an explosion of lawsuits.

"If you're imposing a cure where there's not much a disease, then the unintended consequences loom larger," he says. "I don't think this law is motivated by a concern that school districts have been suppressing the religious expression of Buddhists and Shintos in rural Missouri. This is the Christian majority looking out for the Christian majority."

Continue for to read about ACLU Missouri's concerns that the bill "may subject students to religious coercion in a limitless range of settings."

The American Civil Liberties Union of Missouri has also weighed in on the bill. During a January hearing, it testified that the Student Religious Liberty Act could open the door to religious coercion in a "limitless range of settings," such as reciting prayers over the loudspeaker during football games.

Here's the ACLU's full statement from that hearing.