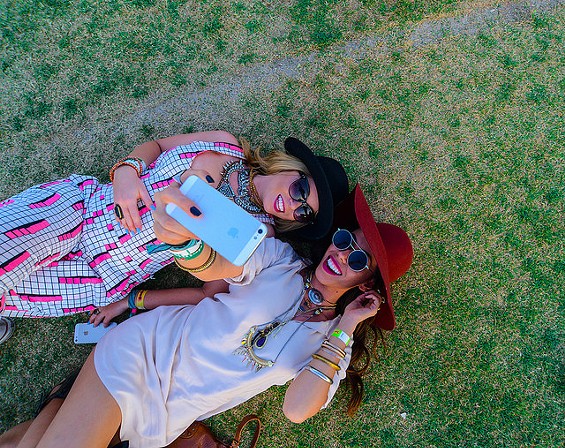 The St. Louis startup, which made national headlines and $3,000 after winning a local startup competition in November, posted an ad on Craigslist looking for selfies for the company's database of fake-but-convincing girlfriends.

If you send in your selfie, Invisible Girlfriend will use it -- along with fake texts, gifts, voicemails and more -- to "prove" to the friends, family and coworkers of some far-away stranger that the two of you are in a relationship.

Matt Homann, the site's creator, says his team considered several other options for fake girlfriend photos, including stock photography or hiring models, before deciding to ask for donated selfies, which look more convincing. There's no compensation for the first round of women who'll be the literal face of the business, but Homann says that could change.

"We're not paying for the first round, but it's definitely in our business model," Homann tells Daily RFT. "This first pass of these is a bit of an experiment to see how many people are interested in helping us out. If someone gets selected, we'd love more from them, if possible."

He imagines a team of "contributors," or women who get paid to regularly upload real-looking photos for Invisible Girlfriend to send to clients.

In a uniquely strange Craigslist ad, Invisible Girlfriend solicited selfies from adult women under 45 years old from all backgrounds and all ethnicities.

"If you send us a picture of yourself and we decide to use it, congratulations: you'll be one of [the] first Invisible Girlfriends that's ever existed," the site's builders say in the ad. 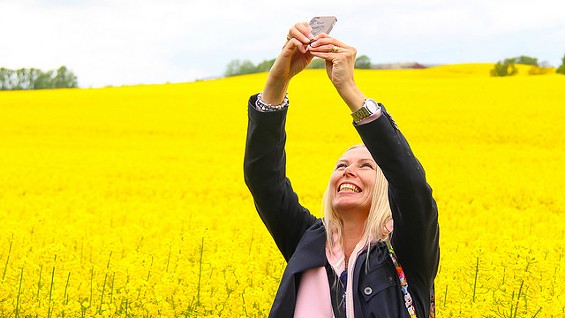 Eventually, Homann may need selfies from men, too. Invisible Girlfriend is getting all the media attention, he says, but "Invisible Boyfriend is on the way."

"It doesn't make any difference to us where they fit and how they identify from a gender standpoint," Homann asys. "Our goal and hope is that people find the service useful, that as many can use it as possible."

To submit a selfie, just reply to the Craigslist ad with a photo of yourself holding a sign that says "Invisible Girlfriend" on it; that's how Homann knows you're consenting to have your photo used in his service.

(Editor's note: The Riverfront Times does not own or operate Invisible Girlfriend. Please do not send us your selfies. To submit a photo, respond to the Craigslist ad.)

Also include a nearby ZIP code, so the site can avoid using your image near where you live. Homann says he's been surprised at the zealous international demand for Invisible Girlfriend, so your selfie could end up anywhere in the world.

Invisible Girlfriend's prototype includes three pricing plans: "Just Talking" for $9.99 per month, "Getting Serious" for $29.99 per month and "Almost Engaged" for a whopping $49.99 per month. The most expensive package includes SMS texts from a robot, an emergency interaction button, random gifts and notes sent to home or work, real voicemails, a coupled relationship status on Facebook and live phone calls.