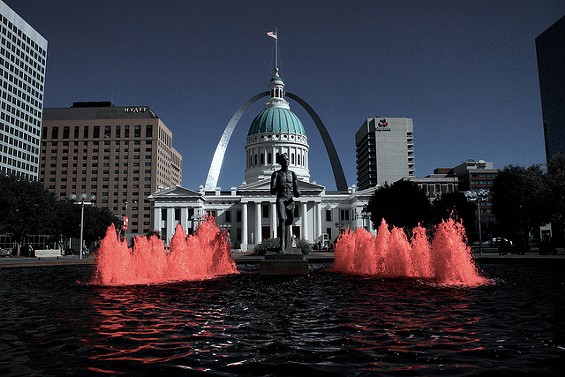 When coastal outlets write about St. Louis, we brace ourselves for bad news.

What will it be this time? Stories about how dangerous our city is? National airings of our local dirty laundry? Even that cute Huffington Post list about hidden gems in St. Louis read like its author had never actually deigned to fly here.

But there's a change in the air. As St. Louis exponentially grows its central corridor with more tech startups, research institutions and the millennial-friendly businesses that keep those employees happy, people are seeing the Lou in a new light: as an up-and-coming urban tech hub.

Nothing makes this more evident than a recent listicle from New York Magazine's Kevin Roose, titled "5 Reasons Cities Are Getting Better, And Everywhere Else Is Getting Worse." In a time when living outside the technological advantages of a modern city is "tantamount to opting to live in the past," Roose says, St. Louis has come to perfectly embody some of the most successful habits of highly successful cities.

Roose doesn't exactly use the words "inferiority complex" to describe the phenomenon. (He goes with "special status.") But the idea is the same: Tech startups and innovative businesses are more exciting to the people of a city like St. Louis, which wants to keep up with the tech-heavy hubs on the coasts, than in cities like San Francisco or even New York. (There's no other reason the Lou would ever embrace the Cronut.)

"A tech community that is treated by its home city as a special, treasured thing is more likely to succeed than one that isn't," Roose says. "In St. Louis and Detroit, tech companies are seen as a godsend. In New York, they're just one more industry. And although New York is trying to rebrand itself as a tech city, the size of other industries in the city (e.g. Wall Street) means that techies will likely always be small fish in a big pond."

St. Louis' inferiority complex has driven the city to do great things. When St. Louis' biggest tech duo Jack Dorsey and Jim McKelvey were forced to build headquarters in San Francisco instead of their hometown of St. Louis, McKelvey came back with a new plan to train local talent in coding.

And that's not the only sign that St. Louis is embracing its newfound technological prowess.

Read more about the other moves St. Louis is making to be tech-friendly, including investing in the city's Cortex Innovation District, on page two. 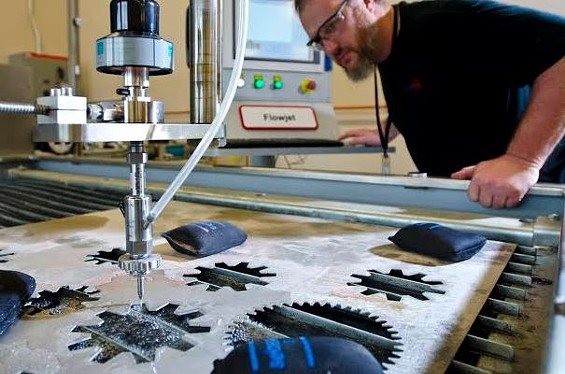 The Arch Grants, an annual grant program that funds entrepreneurs who promise to bring their startups to St. Louis, made major headlines across the city when it announced its 2014 class. The city is even adapting its taxi rules to allow for smartphone-based ride sharing, long the norm in places like New York, although neither Lyft nor Uber is yet allowed to operate in St. Louis.

Central to St. Louis' growing success, according to Roose, is the Cortex district, a neighborhood that describes itself as "a little European, a little New York and totally St. Louis." Cortex developers are making big plans for its future, including $2.1 billion of construction, 4.5 million square feet of new space for offices, research, hotels, retail and more, a new MetroLink station and 13,000 permanent technology-related jobs.

If a modern American city wants to attract more innovation, it needs an anchor site like Cortex that's rich in technology and research, says Roose.

"A good example of how these assets help create an entrepreneurial climate is St. Louis, whose tech corridor is built around St. Louis University, Washington University Medical School, and several other hospitals where, presumably, cutting-edge research is bleeding over into the zone's other tech companies," Roose says.

The data agrees. A new report on "innovation zones" from the Brookings Institution singles out St. Louis and Cambridge as the two cities best exemplifying this kind of growth.