Central High: Buyer Needed to Save Historic St. Louis School Before It's Too Late 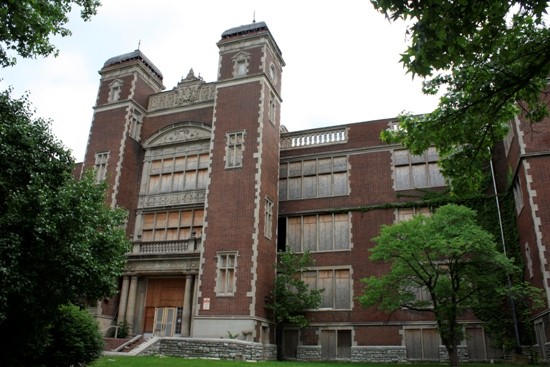 Central High School has seen better days in its 100-year-old history. Boarded up since 2004, the building at the corner of North Garrison and Natural Bridge avenues now shows the signs of almost a decade of abandonment. While many of the vacant schools in the St. Louis Public School District have fallen victim to scavengers, Central High seems to have suffered far more than others with vandals destroying or walking off with its exterior stonework and copper.

One can only wonder how much damage vandals have committed inside the shuttered building. Meanwhile, neighbors and those with a connection to the school can only watch the building's slow-motion destruction.

"It was -- and still is -- a fine building, so on a practical level I'm disheartened that it isn't being put to some use," says Kara Clark, a graphic-design professor who attended the school back in the 1990s.

It wasn't always like this. At one time the St. Louis public schools were the envy of educators across the nation, thanks to its grand buildings designed by architects William B. Ittner and Rockwell M. Milligan. Drawing inspiration from the great private educational institutions of Great Britain, Ittner and Milligan created veritable castles of learning over several decades, including Central High School. 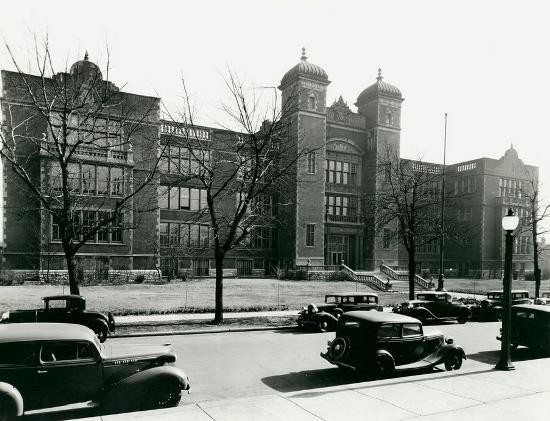 Originally named Yeatman High School, the building was to fill the need for additional classrooms in the rapidly expanding city of St. Louis. By 1900 the city's population was nearing 600,000, and yet it had only one public high school, the former Central High School on Grand Boulevard. The school district turned to Ittner for two new high schools: Yeatman and McKinley High School on the south side. McKinley opened in 1902, Yeatman opened in 1904. Three years later, Yeatman added two new wings to accommodate its ever-growing student body. In 1927 a tornado destroyed Central High School, bringing even more students to Yeatman, which changed its name to Central High School. The building last housed the Central Visual and Performing Arts High School, which moved out in 2004. 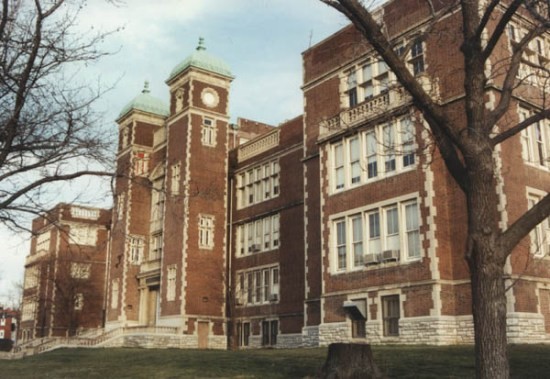 St. Louis Public Schools has suffered declining enrollment since it peaked in 1967 at more than 100,000 students. One by one, the district has closed its buildings to keep in line with its shrinking student body and to save on maintenance and other costs. Every so many years parents hold their breath, hoping their child's school will survive the next round of closings. Currently, St. Louis owns several dozen empty schools, in varying degrees of repair.

Read more about the plight of Central High. 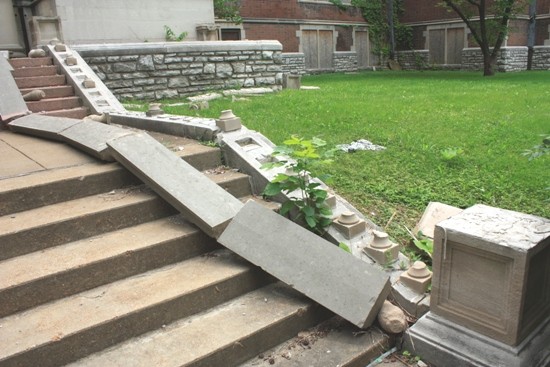 As late as 2004 the building stood in a respectable, if slightly ragged, state of repair. However, in the following years, vandals have destroyed the elegant balustrade that lines the front steps and smashed out windows, leaving piles of broken stone and glass strewn about the front lawn. Bushes and trees, once properly maintained, are now wildly overgrown, giving the school a neglected and foreboding appearance. Taggers have found the building as well, leaving their graffiti on the brick exterior. 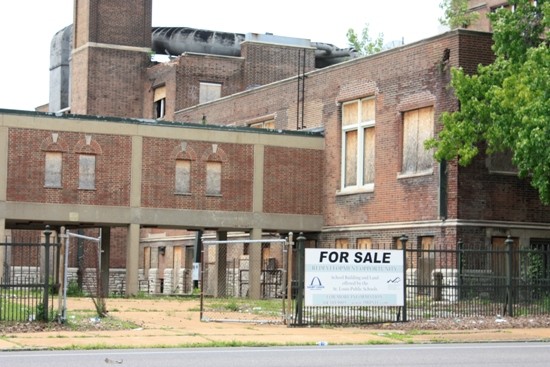 In 2012 the district reported it had a buyer for the property, only for the deal to fall through. It's still on the market, though, as the "For Sale" sign indicated on a recent visit. Andrew Weil, Director of Landmarks Association of St. Louis, best sums up the problem facing the old St. Louis school buildings, such as Central High:

"Excess capacity is not a problem that is going to be disappearing soon. The trick to preventing Central and all the other un-needed schools from falling into ruin is for the SLPS to admit that they are done with them and to market them aggressively [priced to sell] to anyone who is willing to buy. Even if they sell them for below what they perceive to be market value, they will probably realize a better return than if they let them sit around vacant, vandalized and decaying for years. That is what has happened too many times." 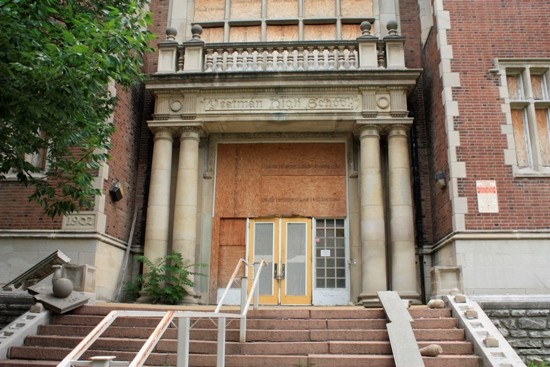 The need for action was made even more apparent with the recent fire that gutted the abandoned Hempstead Elementary School, which had also been dormant since 2004. The district's provisional board has a moral and legal obligation to properly care for the property of the citizens of St. Louis. Letting these architectural treasures rot is no longer an option.