A few weeks ago, a survey declared that St. Louis has the third most courteous drivers in the U.S. It seems that most people agree with that assessment, at least according to the comments under the post we wrote about it. But others pointed out that "most courteous" is not the same as saying St. Louis has the "best" drivers.

Daily RFT couldn't agree more with that last part because let's be real: St. Louis drivers are (often but not always) the absolute WORST. Here's why.

See also: St. Louis Has the 3rd Most Courteous Drivers in U.S.: Study 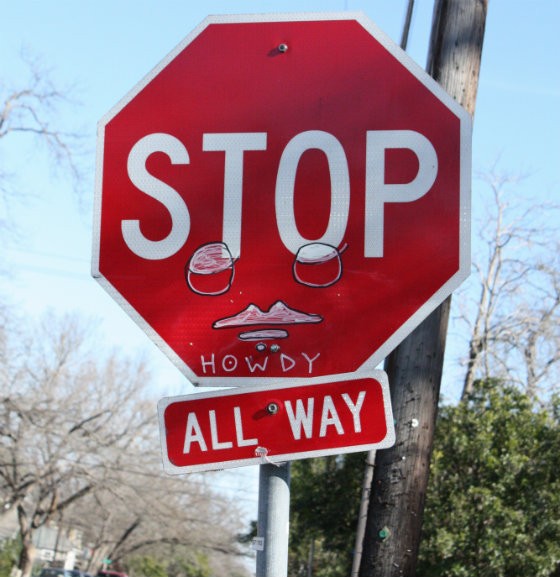 Is that a four-way stop? Let's all stop and wave each other through as time and space grind to a halt.

Is it raining? I'ma knock 20 mph off whatever the speed limit is and do that.

Is it snowing? I'ma add 20 mph to whatever the speed limit is and do that.

Is there a directional arrow painted in the aisle of that Schnucks parking lot? I'ma drive down that shit the wrong way.

Last one to that red light is a dickfondler. LET'S GO!

What's the first thing we do when we get to the stop light? That's right, dump all the trash out of the car.

When I'm hurtling through the streets at 40 miles an hour, the thing the requires my immediate and undivided attention is sending and receiving texts.

Red lights are a mere suggestion!

I bet that light's about to turn green. I'll start honking now so this shitburger in front of me knows what's up.

THE CENTER TURN LANE IS FOR LEFT TURNS, RIGHT TURNS, PASSING AND JUST HANGING OUT.

Speed bumps? Never heard of 'em. Is that like herpes or something?

Say, is that a roundabout? Well, I guess I'll take both hands off the wheel and start jamming my head up my asshole now.

It doesn't matter if you are elderly, a very young child, a mother struggling with a large stroller, on crutches, in a wheelchair, or have just tripped and fallen directly into the path of my speeding automobile -- I will NEVER, EVER STOP AT A CROSSWALK! I AM A ST. LOUIS DRIVER.