6 Reasons Why Springfield, Missouri, is Totally the Springfield from The Simpsons 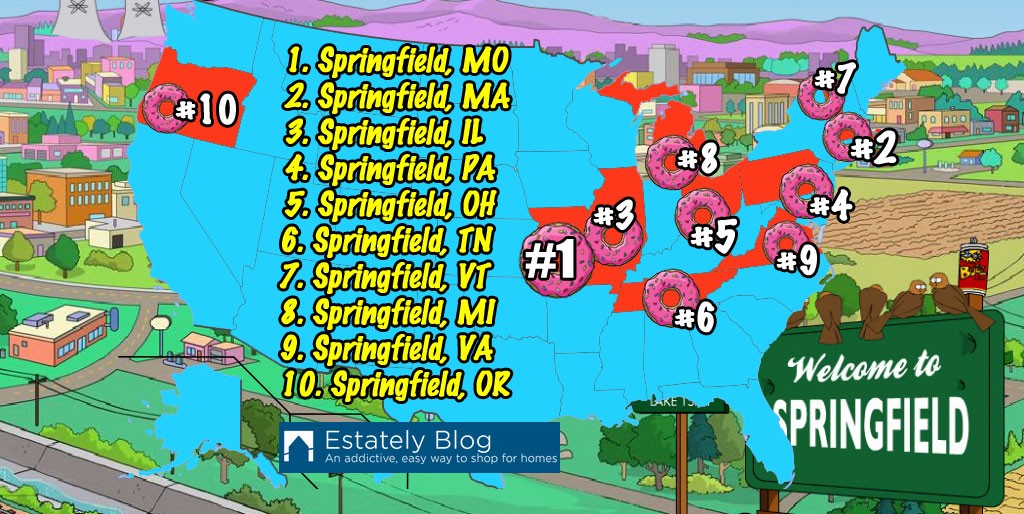 Matt Groening, creator of the quintessential cartoon family The Simpsons, has tried to settle the long-running debate over which U.S. state is home to the show's setting, a fictional town called Springfield.

Twenty-five years after the show debuted, Groening admitted he'd imagined the Simpsons' hometown in Oregon, near his hometown of Portland. But because Springfield is such a common name for a town, even Groening admits that the Simpsons could live just about anywhere.

(Springfield is also in "any state but yours," as Bart pointedly scribbles during the chalkboard gag in the opening credits of a 2012 episode.)

See also: Vatican Got it Wrong: The Simpsons Aren't Catholic, They're Presbylutheran

Luckily for Missouri, real estate blog and list generator Estately decided to take matters into its own hands, devising an eleven-point test to decide once and for all which state must call the Simpsons' Springfield its own.

And the winner? Missouri, by a landslide.

"Springfield, Missouri, is the most populous of America's Springfields and easily won the title of 'Most Similar Simpsons City Named Springfield,'" says Ryan Nickum, Estately's blogger.

Springfield, Oregon, Groening's original inspiration, ranked at the very bottom of the ranking.

Here are six signs that prove Missouri has the most Simpson-like Springfield:

1. Missouri's Springfield has more Charles Burns in the phone book than any other Springfield. Estately measured how many residents per capita had the same last names as characters on the Simpsons (Flanders, Quimby, Gumble, Burns, etc.) Springfield, Ohio, had the most people with names from the show, but only Missouri boasts a long list of men named Charles Burns. Illinois is still the only state with a Homer Simpson listing in the Springfield White Pages.

2. There are more mini-marts per capita in Springfield, Missouri, than in any other Springfield. Apu Nahasapeemapetilon would be proud.

Estately probably made up the category "local TV news reporter most resembling Kent Brockman" as a joke, but Steve Grant, a local TV reporter, bears a striking resemblance.

5. Springfield, Missouri, has a minor-league baseball team. No, it's not the Springfield Isotopes. It's the Cardinals.

6. Teachers can still paddle their students in Springfield, Missouri. 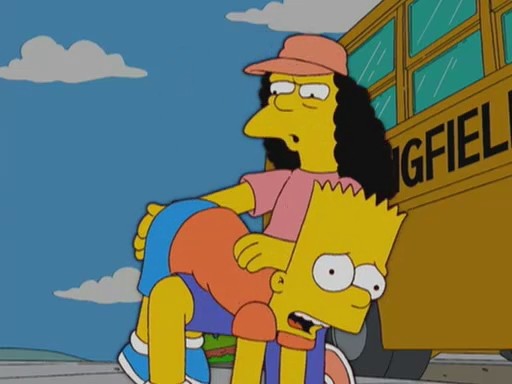 Tennessee has the only other Springfield where local law allows paddling in schools. Sorry, Bart.

Here's the complete breakdown of Springfields: