No people or humans were hurt when a Kettle Corn snack stand at the Saint Louis Zoo caught fire Monday afternoon.

See also: Out of Hibernation: 17 Beautiful Photos of Saint Louis Zoo Animals Basking in the Sun

The zoo was not evacuated, but zoo employees blocked off the area near the south entrance where the refreshment stand is located. Families trying to enter the zoo from the south parking lot had to wait until officials gave the all-clear, but people at the north entrance were able to enter and exit as normal.

The fire severely damaged the stand. 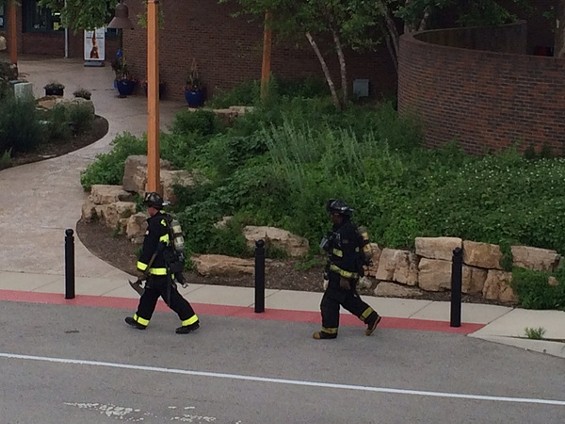 And since no one and nothing was hurt, it was easy to have a little chuckle over the whole thing:

fire at st louis zoo. kettle corn burns. patrons try to figure out how to tell the difference

There's a fire at the zoo! Operation "Noah's Ark" now in effect. Load two of every animal onto the nearest metro link bus. #stlzoo

Are you on fire? @stlzoo

Not any more, Chris Davis. Not anymore.