Got Kids? There's a Highly Contagious Diarrhea Disease Going Around in Daycare Centers 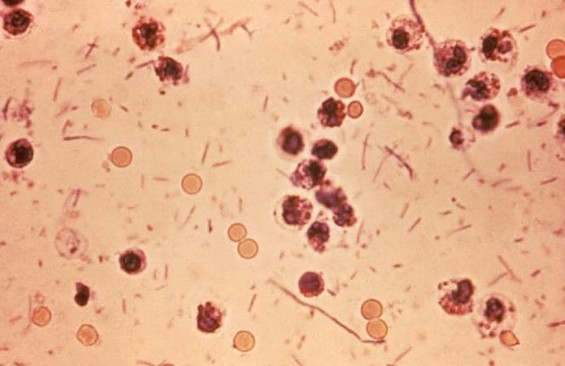 If you have kids in a St. Louis-area day care, make sure to tell them to wash their hands -- otherwise, they might get a bad case of the Shigellas.

The St. Louis County Department of Health says these cases are on the rise, and Shigellosis infections are sharply on the rise this year. While only 2 cases were documented in 2013, there has already been 71 reported cases in the county and 55 in the city this year. Shigellosis usually affects children, and this increased number has been most notable in day-care centers.

Shigellosis is an intestinal disease caused by bacterial infection. It causes severe diarrhea, nausea, abdominal cramping and bloody stools. It's highly contagious and the most common way of transference is through the fecal-oral route. And according to Dr. Faisal Khan, the St. Louis County Department of Health's director of communicable disease control, that's why kids need to wash their hands.

"Somebody who hasn't practiced adequate hand washing then prepares food, or touches the faces of babies, or ingests something that is contaminated," Khan tells St. Louis Public Radio. "That's how it begins to be transmitted." See also: Diarrhea Splatters Across St. Louis

In places like daycare centers, where kids might not fully understand the need to wash their hands and where objects like toys are touched by many, the risk is increased.

And although the St. Louis County Department of Health says the Shigellosis spread has been mainly spread among daycare centers, they also warn that other people are at higher risk, including "travelers to foreign countries, institutionalized people, and men having sex with men."

Public Health England, an organization that part of the United Kingdom's Department of Health, issued a press release earlier this year to raise awareness of the increased "Shigella infection risk among gay and bisexual men in England."

See also: Everyone Has the Flu: Will Karaoke Give Me a Disease?

Despite the severity of the symptoms and the high contagiousness, the U.S.'s National Institutes of Health says the infection is usually over in a few days and serious damage is rare.

"Often the infection is mild and goes away on its own," the NIH's website says. "Most patients, except malnourished children and those with weakened immune systems, have an excellent outlook."

But it's still probably a good idea to wash up. Here are some tips from the St. Louis County Department of Health to prevent coming down with "the Shigellas:"

For more advice on steering clear of Shigellosis, go here.