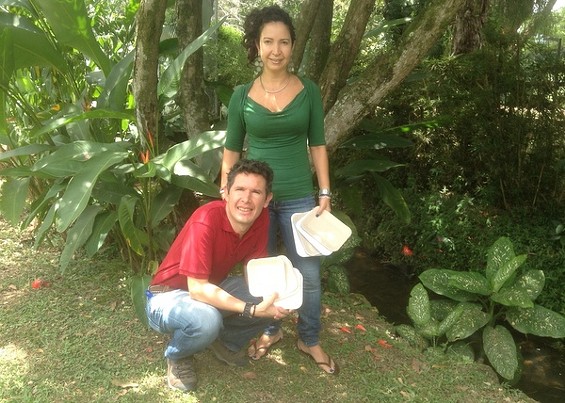 Eco-friendly restaurants like Pi Pizzeria, Schlafly and Local Harvest Cafe pride themselves on choosing recyclable or biodegradable materials for items like to-go boxes, plasticware and cups.

But a Colombian startup is taking going green to a whole new level by manufacturing plates that act as seeds, growing new plants whether they end up buried in your back yard or in a landfill.

Now that startup, called LIFEPACK, is moving from South America to St. Louis after winning one of twenty Arch Grants, a $50,000 non-equity grant designed to attract tech talent to St. Louis.

LIFEPACK's founders, Andres Benavides and Claudia Isabel Barona, say moving from Valle del Cauca, Colombia, to St. Louis brings them one step closer to expanding their market -- and their ecological mission -- in the U.S. 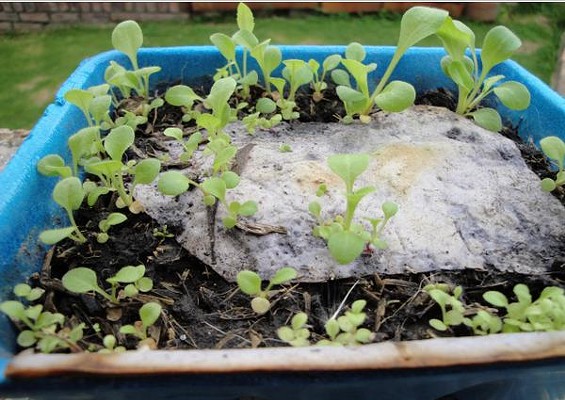 "For me and my family [winning an Arch Grant] means taking the first step toward our future, having a better quality of life and making our dreams come true after a great job," Barona tells Daily RFT. "We want to generate community welfare in St. Louis and transmit good environmental practices."

LIFEPACK wants to replace the world's plastic and Styrofoam plates with ones that germinate once they are exposed to water and air. Some plates grow into herbs, including thyme, basil and mint, while others grow into anything "from a flower to a sturdy tree," Barona says.

To plant a LIFEPACK plate, just pack some potting soil into a pot, put the plate in, cover the plate with fewer than three millimeters of soil and keep the soil moist. Make sure the plate/seed is exposed to plenty of light and air, and in one to three weeks, the plant should start to grow.

If you don't want to start a garden from your plates, just throw the plate away. In three to six weeks, it will biodegrade and probably germinate in a landfill.

Whatever you do, don't microwave the plates; that kills the seeds.

Baron competed with startups from all over the world to win her Arch Grant. While many of the winners were from St. Louis or Missouri, three of the twenty winners came from outside the U.S.: Baron and two from London.

As part of the Arch Grants promise, Baron will now move to St. Louis to grow her business. Baron says it's a challenge to uproot her family and move to America.

"It's another culture, another country and another way to view life," Baron says -- and that can mean big changes both for her family and for her business.

But Baron says she's committed to taking on this new challenge, especially since she finds so much happiness and fulfillment from her work.

"The opportunities are unique, and you have to live it to the fullest," Baron says.